Speculations about Donald Trump's return to Twitter have been rife, Twitter's new owner Elon Musk has something to say. 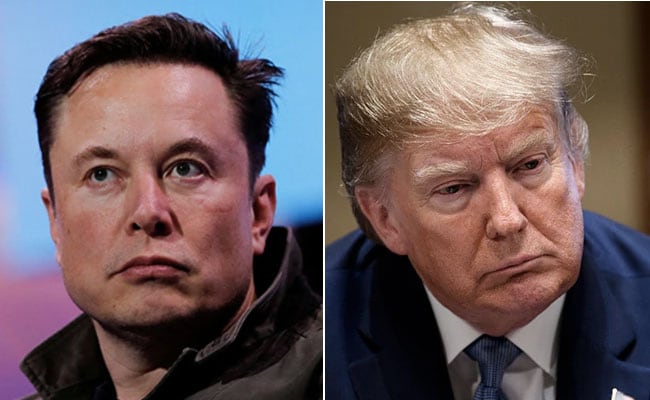 Tesla Inc Chief Executive Officer Elon Musk on Monday decided to address the question that's been on everyone's mind after he bought Twitter: Will Donald Trump come back on Twitter?

Twitter's new owner Elon Musk tweeted, "If I had a dollar for every time someone asked me if Trump is coming back on this platform, Twitter would be minting money!"

If I had a dollar for every time someone asked me if Trump is coming back on this platform, Twitter would be minting money!

In a filing on Monday, Mr Musk said that he will serve as chief executive of Twitter. He bought Twitter for $44 billion.

Hours after Musk took total ownership of the platform, conservative voices celebrated what they said was their newly-reclaimed right to free speech.

Musk has vowed to dial back content moderation, which conservatives say unfairly targets their views.

According to The Wall Street Journal, several top brands were prepared to cut ties with Twitter if Mr Musk followed through on his intent to allow Donald Trump back onto Twitter.

Twitter shut down former US President Donal Trump's account in January, booting him from the global service to prevent another attack on the Capitol building.

"After close review of recent Tweets from the @realDonaldTrump account," Twitter said in a blog post explaining its decision, "we have permanently suspended the account due to the risk of further incitement of violence.

Musk had previously changed his Twitter bio to "Chief Twit" in an allusion to his planned move.