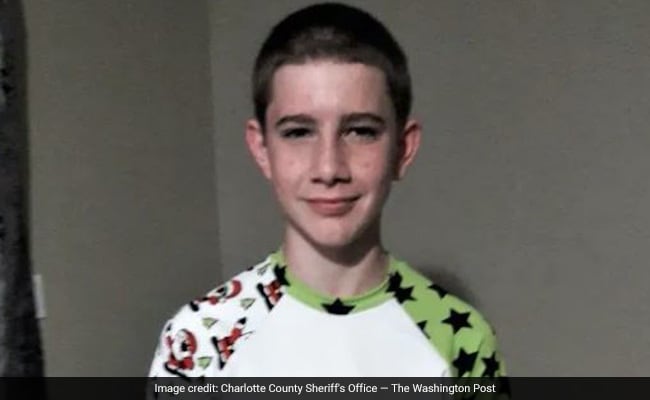 Khyler Edman was his sister's keeper, his family said.

The front door to the modest, one-story house in Port Charlotte, Florida, had already been forced open when police discovered two children inside on Thursday. A 5-year-old girl had survived the break-in from a burglar without any injuries, police said.

But then officers saw the body of her 15-year-old brother, Khyler Edman. He had died trying to save his sister, authorities said, in a physical struggle with an intruder - amid a string of burglaries that later led to the suspect's arrest - right before the girl's eyes.

"A violent encounter had ensued, and the teenager succumbed to [his] injuries," Charlotte County Sheriff Bill Prummell said at a news conference last week. "This has been a very tough scene to deal with. It was a senseless crime."

The grisly episode has rocked the harbor town of nearly 55,000 people on southwest Florida's Gulf Coast, where friends, classmates and family members are now remembering the high school sophomore as a hero. More than 100 people attended a candlelight vigil on Sunday, singing "Amazing Grace" as they sent sky lanterns into the air.

"A piece of my heart will forever be missing!!" his mother wrote on Facebook. And on a GoFundMe page, she said, "My son had a long life ahead of him, that was taken too soon." Neither she nor her daughter have been identified publicly, and police said Edman's family has asked for privacy.

Crystal Stone, who is representing Edman's family, said that the circumstances of the teenager's death has revealed his true character.

"There is no hero that can amount to Khyler," Stone told WINK. "He loved his family. He was his sister's keeper."

At around 4:30 p.m. on Thursday, police said they received several 911 calls about burglaries and an "injured white male," who appeared to have been stabbed and was acting strangely near Port Charlotte's Augusta Avenue. The man, later identified by authorities as 27-year-old Ryan Clayton Cole, had raised suspicions while walking around the mostly residential area, lined with shrubs and palm trees near a canal.

As police responded to the scene, Cole began sprinting away from them and ducked behind a home two streets down.

Neighbor Chris Hinrichs told the Port Charlotte Sun he saw the suspect on his patio, soaking wet as blood poured out of his right hand and onto his arm. The man was kneeling down, trying to put on a child-sized boxing glove that had come from inside Hinrich's house.

"He looked like he was in a hurry," Cole told the newspaper. "He didn't really look too with it."

As Hinrichs approached the man, he yelled: "What are you doing in my house? I'm calling the police."

The suspect answered with only two words: "Please don't."

But Hinrichs called 911 about the invader anyway. Officers were able to chase down Cole and arrest him 15 minutes later, they said, before taking him to the hospital for his wounds, which police described as stabbing injuries without specifying where they came from.

A police search around the Port Charlotte neighborhood following the arrest led them to the house on Starlite Lane, where they found the uninjured 5-year-old and Edman's body. Police said he died from injuries incurred in the "violent encounter," but did not say exactly what they were.

Cole, who is being held without bond for violating parole, was no stranger to local law enforcement, Prummell said. He has a history of drug abuse and had been arrested over 20 times, according to jail records from the Charlotte County Sheriff's Office.

Before filing charges related to Edman's death, Prummell said, the office is working with the state attorney's office. That agency told CNN that Cole, who made his first appearance in court on Tuesday, has not yet been assigned a lawyer.

The teenager's death has shocked the community, located about 100 miles south of Tampa. On Monday, students at Port Charlotte High School held a moment of silence and wore blue in Edman's honor.

"I didn't want to believe it when I first heard about it, I really didn't," his classmate, Sioux Anderson, told WBBH. "When he protected his sister he became a man that day. Not a lot of people would do that."

A member of the Junior Reserve Officers' Training Corps at his high school, Edman loved the outdoors, the Florida Gators and trips to play with bumper cars at a nearby amusement park, his obituary said.

Mike Riley, a spokesperson for Charlotte County Public Schools, told CNN that the teenager, who took some honors classes, "laid his life down to save his baby sister and showed his community how much of a hero he was."

As of early Wednesday, a GoFundMe created by Stone to raise funeral expenses for the family had raised more than $70,000. Edman's classmates have also been selling decals to raise money, WINK reported, and Stone said any additional expenses would go toward relocating the family to a new house.

Like a neighbor who lives across the street, Stone questioned why Cole was out on probation after so many arrests. Edman's family is now pushing for a proposal they've dubbed "Khyler's Law" to toughen sentences for repeat offenders.

What the family wants to focus on, she told WINK, is "getting Khyler the justice that he deserves."

(Except for the headline, this story has not been edited by NDTV staff and is published from a syndicated feed.)
Comments
FloridaUS teen