US scraps military equipment worth billions before leaving Afghanistan 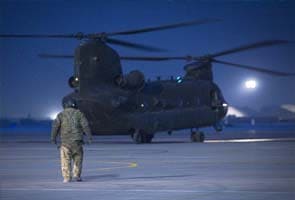 Washington: The US military has destroyed more than 77,000 metric tons of military equipment - including mine-resistant troop transport vehicles - as it prepares to withdraw from Afghanistan in late 2014, the Washington Post reported today.

More than 7-billion-dollar worth of military equipment is no longer needed, or would be too expensive to ship back to the United States, and much of it is being shredded and sold locally as scrap metal, the Post reported, citing US military officials.

Donating the gear to the Afghan government is difficult because of complicated bureaucratic rules, plus US officials do not believe the Afghans could maintain the gear.

Plus, it would also be too expensive to sell or donate the gear to allied nations because of the cost of getting the equipment out of Afghanistan.

Items being shredded by contract workers from Nepal and other countries for sale as scrap metal include mine resistant ambush protected (MRAP) vehicles, the Post said.

More than 24,000 MRAPs were built for troops in Iraq and Afghanistan starting in 2007 in a crash program that cost some 45 billion dollars, according to Pentagon figures.

The MRAPs' V-shaped hulls help deflect the force of explosions, and the vehicle's higher chassis keeps troops further from the main force of the blast from improvised explosive devices.

US commanders believe the MRAPs helped save thousands of soldiers' lives, and cite figures that show the number of casualties from IEDs dropped more than 80 percent after the vehicles were introduced.

"We're making history doing what we're doing here," Major General Kurt Stein, who is overseeing the Afghanistan drawdown, told the newspaper. "This is the largest retrograde mission in history."

Promoted
Listen to the latest songs, only on JioSaavn.com
When the US military withdrew from Iraq it drove much of its gear across the border into Kuwait, sent it back home on ships, or donated it to the Iraqi army, which has the infrastructure to maintain vehicles with complicated mechanics.

US officials however told the Post they do not believe the Afghan army could maintain such vehicles or other sophisticated equipment.