In a statement announcing the sanctions, the Treasury said the prisons "have been sites of human rights abuses against political prisoners and other detainees." 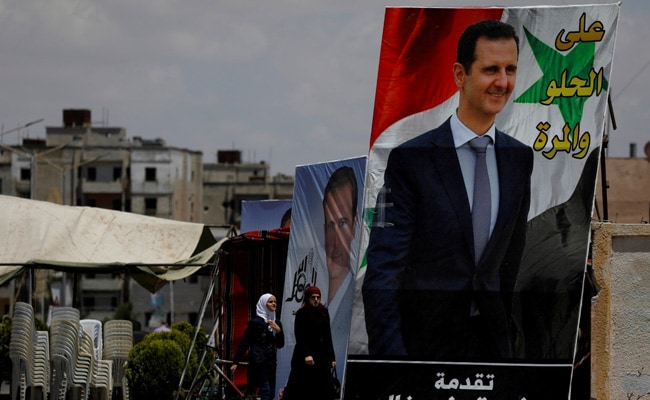 The United States on Wednesday said it imposed sanctions on eight prisons run by Syria's intelligence apparatus, some of which featured in graphic images by a former Syrian military photographer codenamed "Caesar" that show brutal torture.

The Treasury Department also slapped sanctions on five Syrian officials who directed the prisons, Syrian armed rebel group Ahrar al-Sharqiya and two of its leaders to try to hold to account those responsible for human rights violations in the country's decade-long civil war.

"Many of the prisons designated today were highlighted in the pictures provided by Caesar, a Syrian regime defector who worked as an official photographer for the Syrian military and exposed the regime's ruthless and cruel treatment of detainees," U.S. Secretary of State Antony Blinken said in a statement.

Thousands of photographs taken by "Caesar" - some showing eye gougings, strangulation and long-term starvation - smuggled out of Syria between 2011 and mid-2013.

In a statement announcing the sanctions, the Treasury said the prisons "have been sites of human rights abuses against political prisoners and other detainees."

As a result of the action, all assets of the targets under U.S. jurisdiction are blocked and U.S. persons are generally barred from dealing with them.

In a separate statement, the Treasury said it had imposed sanctions on one Turkey-based al Qaeda financial facilitator for materially assisting the militant group and one Syria-based terrorist fundraiser and recruiter for providing material support to Hayat Tahrir al-Sham (HTS), another militant group.

Beyond blocking their assets and barring U.S. persons from dealing with them, these sanctions threaten non-U.S. persons with losing access to the U.S. market if they deal with the two.

SpaceX Tourists Talk To Tom Cruise From Orbit, Give Update On Flight