US Executes First Federal Prisoner, Convicted Of Murder, In 17 Years

Daniel Lewis Lee is the first of three federal inmates scheduled to be executed this week. 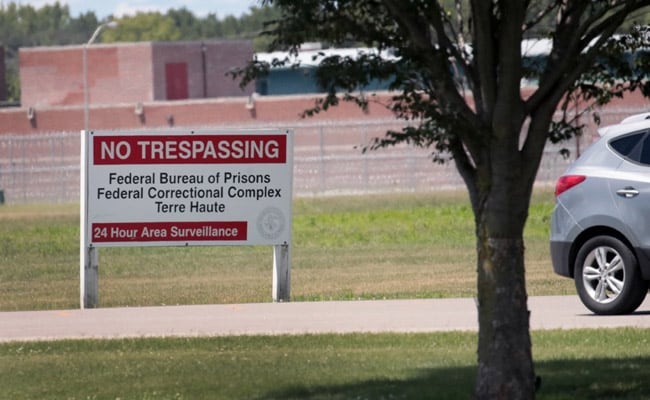 The Federal Correctional Complex where Daniel Lewis Lee was executed

A former white supremacist convicted of murdering a family of three in 1996 was put to death by lethal injection on Tuesday in the first federal execution in the United States in 17 years, the Justice Department said.

Daniel Lewis Lee, 47, was pronounced dead at 8:07 am (local time) at Terre Haute prison in Indiana, the department said in a statement.

Lee is the first of three federal inmates scheduled to be executed this week.

Lee, of Yukon, Oklahoma, and another man were convicted of murdering the Arkansas family during a robbery intended to help fund the founding of an "Aryan Peoples Republic."

Lee proclaimed his innocence in his final statement, according to a reporter from a local newspaper who witnessed the execution.

"You're killing an innocent man," the Indianapolis Star quoted Lee as saying.

Lee's execution had been scheduled for Monday but was temporarily halted by a judge who wanted to allow for legal challenges to the drug that was to be used to put the federal inmates to death.

The Supreme Court lifted the lower court order overnight, however, and cleared the way for the executions.