US Catholic Priest Caressed Girl's Knee During Confession, She Testifies

Rev. Urbano Vazquez, who was ordained a priest in the Capuchin Franciscan religious order in 2014, was arrested late last year. 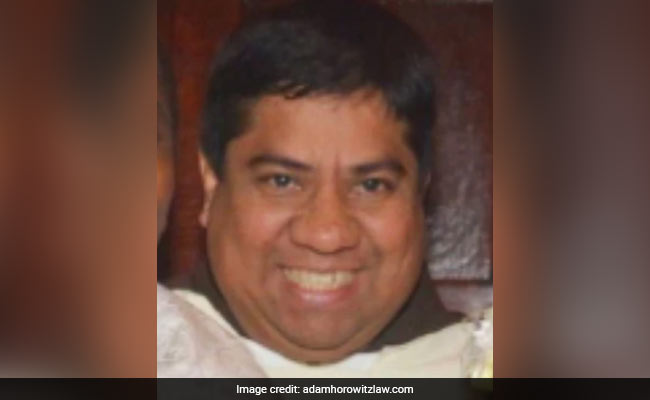 Rev. Urbano Vazquez was an assistant pastor at the Shrine of the Sacred Heart Church in Washington.

In the trial of a Catholic priest accused of groping two young female parishioners, a prosecutor in D.C. Superior Court said to one of the alleged victims Thursday: "You mentioned some things that happened. Which things would you like to talk about first?"

On the witness stand, she paused and took a breath. "What happened during my confession with him," she replied.

It was the spring of 2015, weeks before her 14th birthday. The Rev. Urbano Vazquez, then 43, was an assistant pastor at the Shrine of the Sacred Heart Church in Washington. She said Vazquez took her confession "face to face" that day in the privacy of a room in the church, not in a confessional booth.

"And during the confession, he placed his hand above my kneecap, on my lower thigh," she testified, "and started to caress it."

"How did that make you feel?" prosecutor Matt Williams asked.

"I didn't say anything," the alleged victim, now 18, said. "I just kind of let it happen," and for a long time afterward, she kept it to herself. "I like to give people the benefit of the doubt," she told the jury. "Like, I didn't want to get him in trouble for something that maybe I was overthinking."

She said, "Maybe I was just misconstruing the situation. . . . Because he was a priest, and I wouldn't expect something like that from a priest."

But later in the spring, she said in court, another thing happened, a far more upsetting thing, and there was no misconstruing the situation then.

On the third day of testimony in Vazquez's trial, she was the third female parishioner to describe having unwanted intimate contact with the priest. A 20-year-old woman told jurors Tuesday that Vazquez kissed her on the mouth when she was 16. On Wednesday, a 12-year-old girl testified that when she was 9 and 10, he repeatedly kissed her on the mouth and groped her "private parts" over a span of months.

Vazquez, who was ordained a priest in the Capuchin Franciscan religious order in 2014, was arrested late last year. He is charged with four counts of felony second-degree child sexual abuse and one count of misdemeanor child sexual abuse in the alleged incidents involving the girl who testified Wednesday and the young woman who, on Thursday, mentioned "some things that happened."

The other thing, which she eventually told her mother about:

After taking part in a fundraiser for her Catholic youth group in early May 2015, she testified, she was resting in a church office, sitting in a swivel chair and watching a video on her cellphone, when Vazquez walked in.

She was 13 then, an eighth-grader, wearing a spaghetti-strap top.

"He placed his hand over my shirt," then slipped it under her bra, she told the jury. "I tried to move his hand away by moving my chair, like this. But he slid it back in, anyway," a second time.

"Was it skin to skin?" Williams gently inquired.

"How much time did the two touchings take?"

"So how did you feel when Father Urbano left?"

"I felt really shocked," she said. "I was just in awe. I didn't know what to think."

"I went into the bathroom to try to calm myself down," but she was overcome by anxiety, she said. So she phoned a friend and told her what happened.

"And what were your emotions during that call?"