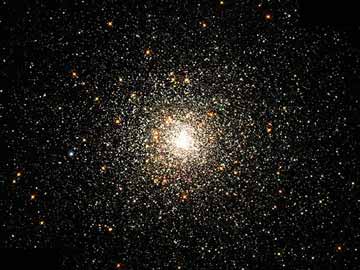 Tokyo: Little is known about the universe's earliest stars but if we believe astronomers, they might have been hundreds of times more massive than the sun.

Researchers have found evidence of the existence of the "monster stars" long thought to have populated the early universe.

With hundreds of times the mass of the sun, such stars would have been the first to fuse primordial hydrogen and helium into heavier elements, leaving behind a chemical signature that the researchers have now found in an ancient, second generation star.

Simulations have long predicted that some of this first batch of stars were enormous.

"With masses of more than 100 times that of the sun, they would have lived and died in the cosmic blink of an eye, a few million years," said Wako Aoki from the National Astronomical Observatory of Japan in Tokyo.

As they exploded in supernovae, they created the first heavy elements from which later galaxies and stars evolved.

Using a technique called stellar archaeology, Aoki and his colleagues found the first hint of such a star, preserved in the chemical make-up of its 'ancient daughter'.

The chemistry of this relic - a star called SDSS J0018-0939 - suggests that it may have formed from a cloud of gas seeded with material created in the explosion of a single, very massive star.

Promoted
Listen to the latest songs, only on JioSaavn.com
"It seems Aoki has finally found an old relic that shows intriguing evidence that there really was such a monstrous star in the distant past," added Naoki Yoshida, an astrophysicist at the University of Tokyo who was not involved in the study.

The results were published in the journal Science.