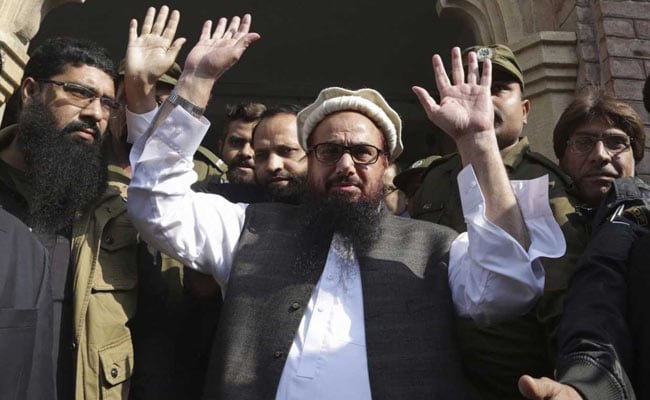 Hafiz Saeed, the mastermind of the 26/11 Mumbai attacks, was freed in Pakistan this week.

Washington: 26/11 mastermind Hafiz Saeed must be arrested by Pakistan and charged for his crimes, the United States said today. India has said his being freed proves that Pakistan is not serious about punishing terrorists.

Saeed's house arrest, which began in January, was ended this week by a court. Earlier today, he delivered an incendiary speech in Lahore about India after being released.

For years, the US has offered $10 million as an award for information that could lead to his arrest. He has moved around freely in Pakistan as the head of the Jamaat-ud-Dawa or JuD which presents itself as a charitable organisation but is seen as a front for terror group Lashkar-e-Taiba.

"India, as indeed the entire international community, is outraged that a self-confessed and UN proscribed terrorist is being allowed to walk free and continue with his evil agenda," Foreign Ministry spokesperson Raveesh Kumar said yesterday.

Saeed has denied involvement in the 2008 attack in which 10 Pakistani terrorists attacked Mumbai landmarks in pairs, leaving 166 people dead.

Pakistan's refusal to take action against him has been one the biggest stress points of its relationship with India. A court on Wednesday said that Pakistani government had failed to present convincing arguments as it sought a three-month extension on Saeed's house arrest.

Promoted
Listen to the latest songs, only on JioSaavn.com
US State Department spokeswoman Heather Nauert said Saeed's terror organisation, Lashkar-e-Taiba, is responsible for the deaths of hundreds of civilians, including American citizens who were killed in the Mumbai attack.

"The Pakistani government should make sure that he is arrested and charged for his crimes," she said in a statement.

How Jeff Bezos Trumped Tabloids: A Story of Money, Sex And Power