Since US President Donald Trump's decision in June to quit the Paris agreement on reducing greenhouse gas emissions, Beijing has proclaimed its willingness to stick to the pact. 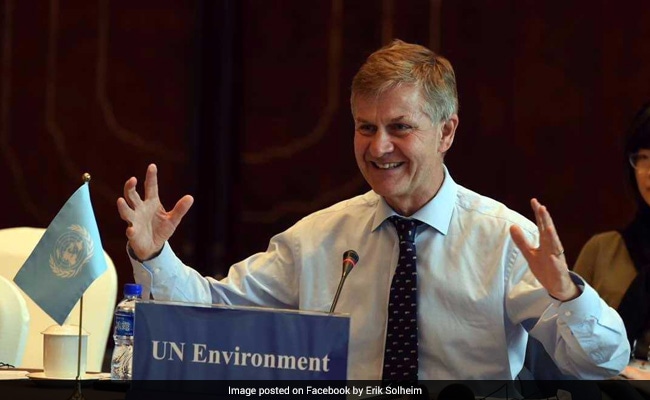 Seoul, South Korea: The world's biggest polluter China has a "big job" ahead of it in the global fight against climate change, the United Nation's (UN) environment chief said Wednesday.

Since US President Donald Trump's decision in June to quit the Paris agreement on reducing greenhouse gas emissions, Beijing has proclaimed its willingness to stick to the pact.

Analysts say the US move gives China an opportunity to establish its credibility and strengthen its diplomatic clout ahead of future negotiations.

Beijing has repeatedly pledged to reduce its reliance on carbon-belching coal as it seeks to clear the toxic smog from its cities.

But it has also invested heavily in coal projects abroad as part of its Belt and Road infrastructure initiative, prompting accusations it is exporting its pollution to poorer and less developed countries.

Mr Erik Solheim, head of the United Nations Environment Programme (UNEP), told AFP the world was in a "transformative phase" from coal to renewable energy and Beijing had a vital role to play.

As well as its number one position as a source of pollution, China is also the world's biggest investor in renewable energy such as solar and wind power.

Its coal consumption has fallen for the past three years, and earlier this year it reportedly cancelled more than 100 carbon-belching coal power projects.

But China still relies on the fuel for 62 percent of its primary energy mix.

"China has a very big job ahead of it to transform fundamentally from coal into these very promising new technologies," said Mr Solheim.

German environmental group Urgewald estimates that around 250 Chinese companies are involved in nearly half the 1,600 new coal power projects planned or being built worldwide, including in countries such as Pakistan and Egypt which currently burn almost no coal.

Mr Solheim warned that "locking yourself into this old-fashioned technology is very dangerous", as it would make them heavily dependent on fossil fuel for decades with serious environmental and health risks.

Trump "clearly made a mistake" in withdrawing from the Paris Agreement, said Mr Solheim, who was in Seoul for meetings with South Korean officials and businesses.

But the consequences of President Trump's decision were "limited", Mr Solheim insisted, adding it had only "energised the entire environment community" including America's big businesses such as Apple, Google and Microsoft.

"They do that for their customers and for the environment. They don't do it for the White House," he said.

The Paris climate accord was signed last year by 175 countries and went into effect in November, just days before President Trump was elected- having vowed on the campaign trail to back out of it.