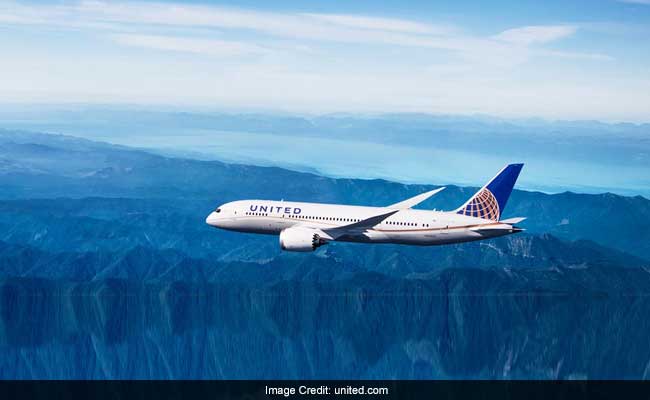 Two girls were barred from boarding a United Airlines flight because the girls were wearing leggings.

A United Airlines gate agent barred two girls from boarding a flight Sunday morning because the girls were wearing leggings.

Another girl who was wearing gray leggings had to change before she was allowed to board the flight from Denver to Minneapolis, a witness said.

"She's forcing them to change or put dresses on over leggings or they can't board," Shannon Watts, who was at a gate at Denver International Airport, said on Twitter. "Since when does @united police women's clothing?"

United, responding to tweets about the incident tweeted that "United shall have the right to refuse passengers who are not properly clothed via our Contract of Carriage." And added, " This is left to the discretion of the agents."

The airline's passenger contract says for the safety of all passengers and crew members, the airline can refuse to let a passenger on board if the passengers is "barefoot or not properly clothed."

The airlines, however, does not define "properly clothed."

United Airlines spokesman Jonathan Guerin confirmed the two teens were not allowed on the flight. But he said they girls were traveling using a United employee pass and "were not in compliance with our dress code policy for company benefit travel."

An internal policy for employees using the airline travel benefit, he said, specifically forbids leggings while traveling. It is unclear why United considers leggings to be inappropriate and whether other articles of clothing are barred under the policy.

"Our regular passengers are not going to be denied boarding because they are wearing leggings or yoga pants," Guerin said. "But when flying as a pass traveler we require this pass travelers to follow rules and that is one of those rules.

"They were not compliant with the dress policy with the benefit," Guerin said, noting that the girls were aware of the internal rule. "This morning the attire of the pass travelers on this flight didn't meet the dress code policy."

Travelers familiar with the airline employee travel pass say it has long been a requirement for those using the benefit to dress up more so than paying passengers.

Social media exploded Sunday with users called the incident horrendous, outrageous and a nonsense. Several users asked why leggings aren't proper clothing and promised to take their business-- and leggings-- to another airline. Many women wear leggings, yoga and athletic gear for comfort while traveling.

Watts was traveling on vacation to Mexico when she heard a family next to her panic. Then she heard the female agent explain to the young travelers that they couldn't get on the plane wearing Spandex.

"I don't make the rules, I just enforce them," the agent told the passengers, Watts said.

The young girl, who was wearing gray leggings, not too tight, said Watts, pulled a dress from her backpack and put it over her leggings and was allowed to board, Watts said.

But two other girls were turned away and not allowed to board because they didn't have any other clothing, she said.

Promoted
Listen to the latest songs, only on JioSaavn.com
"I have five kids: four of them are women. They wear yoga pants all of the time when flying," said Watts in an email from aboard her flight. "I think this policy is arbitrary and sexist. It singles out women for their clothing and sexualizes little girls."

(This story has not been edited by NDTV staff and is auto-generated from a syndicated feed.)
Comments
United AirlinesUnited Airlines gate agentleggingsDenver International Airport