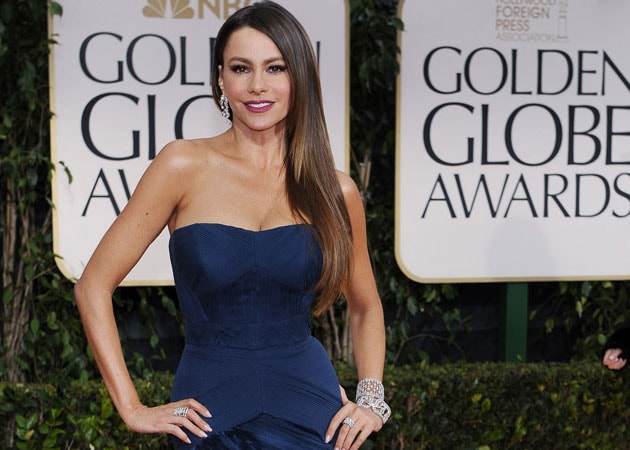 Los Angeles: TV star Sofia Vergara has broken her silence about a legal battle with her ex-boyfriend over frozen embryos they conceived while still a couple, in a case raising thorny ethical questions.

In a radio interview, the 42-year-old "Modern Family" star insisted she's "doing the right thing" in refusing to sign over custody of the embryos to businessman ex-boyfriend Nick Loeb.

Loeb, 39, signed an agreement with Vergara, America's top-earning TV star, in November 2013 before they proceeded with in vitro fertilization, stating that nothing could be done with the embryos unless they both agreed.

Loeb, however, is suing the actress for custody, saying that the agreement did not clearly state what would become of the embryos if he and Vergara were to break up.

The fertilized eggs remain in a Florida clinic, and Vergara refuses to give him permission to unfreeze them.

"Can you blame me?," the Colombian-born bombshell said on the "Howard Stern Show" Monday of her decision not to allow the embryos to be implanted in a surrogate mother.

A child brought into the world, Vergara said, needs "more than a mother, it needs a loving relationship of parents."

"I didn't do anything wrong. You know, because somebody changes their mind."

Loeb gave his side of the dispute in an opinion article published last week in the New York Times.

"These are issues that, unlike abortion, have nothing to do with the rights over one's own body, and everything to do with a parent's right to protect the life of his or her unborn child."

Professor Celia Fisher, director of the Center for Ethics Education at Fordham University in New York, said the case raises interesting issues regarding the right to biological parenthood.

But she appeared heavily on Vergara's side on the moral battleground.

"One issue is whether Mr Loeb is being deprived of the 'right to biological parenthood.' This does not appear to be the case," she told AFP.

In addition, Loeb "has been inconsistent in his moral views on bringing the embryos to term," she said.

"When he was with Ms Vergara, he signed a contract in which he was willing to keep the embryos frozen if one party did not want to bring them to term. Thus it is questionable whether the religious views expressed in his article are long held or convenient.

"Finally, he mistakenly believes that his situation is the same as a woman's decision to remain pregnant if the biological father objects. This is a false equation since the pregnant woman is making a medical decision about her body in addition to the moral decision to bring an embryo to term, whereas Mr Loeb is making a decision to pay another woman to bear a potential medical risk."

The actress, who broke up with Loeb in 2014 and has an adult son, became engaged late last year to Hollywood actor Joe Manganiello.

She also is forging ahead with her stellar acting career: Forbes magazine in September called her the "most powerful woman in television," saying Vergara was paid $37 million last year from her starring role in the hit sitcom "Modern Family" and a raft of lucrative endorsement and licensing deals.

Promoted
Listen to the latest songs, only on JioSaavn.com
Her earnings eclipse even those of the industry's highest paid male star, Ashton Kutcher, who earned $26 million.

UK Reassures On AstraZeneca After Advising Under-30s Take Other Vaccines