Officials have not provided a cause of death, though two family members told the New York Times she had died of an apparent overdose. 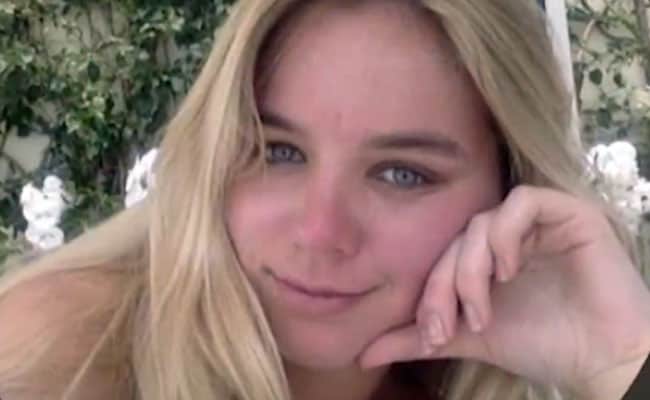 On June 6, 2000, a small girl in a soft pink dress stood before the Arlington National Cemetery grave of former president John F. Kennedy, who had been assassinated decades before she was born. She placed a white rose by the Eternal Flame that stood watch over his resting place as mourners, all dressed in black, somberly looked on.

The girl was the JFK's great-niece, Saoirse Kennedy Hill. Her grandfather, Robert F. Kennedy - who also met an untimely end: assassinated during his presidential campaign in 1968 - is buried in an adjacent grave.

On Thursday, Kennedy Hill, now 22, was found dead at the famed Kennedy family compound in Hyannis Port, Massachusetts, becoming the latest in a long line of tragedies that the American political dynasty has endured for generations.

"Our hearts are shattered by the loss of our beloved Saoirse," the Kennedy family said in a statement to The Post. "Her life was filled with hope, promise and love." Officials have not provided a cause of death, though two family members told the New York Times she had died of an apparent overdose.

Another of Kennedy Hill's great uncles, the late senator Edward Kennedy, D-Mass., once spoke of a family "curse," after an infamous 1969 car accident killed his female passenger, Mary Jo Kopechne. Several of the Kennedys' most famous scions - a president, a leading contender for president, a U.S. senator and liberal lion, and a beloved socialite - met an untimely death or suffered great personal traumas. But they weren't the only ones.

- John F. Kennedy: America's 35th president entered the White House on a wellspring of promise, but left it in tragedy. Kennedy was assassinated on Nov. 22, 1963, in a shooting in Dallas.

The second of nine children born to Joseph and Rose Kennedy, his death shook the nation. He was not the first, nor the last, Kennedy to die unexpectedly.

- Robert F. Kennedy: Robert, who famously served as his older brother's attorney general during his presidency, built a lasting political legacy of his own. He was elected U.S. senator from New York in 1965. During his presidential campaign in 1968, he was assassinated onstage in Los Angeles, after delivering a California primary victory speech.

- Joseph P. Kennedy, Jr.: The oldest of the Kennedy siblings, Joseph was a Navy pilot during World War II. He flew numerous combat missions but perished in a mysterious in-flight explosion, during a secret mission gone awry.

- Kathleen Cavendish: Kathleen "Kick" Kennedy volunteered for the Red Cross during World War II, first in New York and later in London. She married a British nobleman, William Cavendish, Marquess of Hartington, who died shortly after being called up to service in 1944. She remained in England after the war, and died in a plane crash in France in 1948.

- Edward "Ted" Kennedy: Kennedy served as the U.S. senator for Massachusetts for 46 years and died in 2007, after succumbing to brain cancer - but he had escaped death before that. In July 1969, Kennedy drove his car off a bridge on Chappaquiddick Island on Martha'a Vineyard, resulting in the death of his passenger, Mary Jo Kopechne.

The accident remains one of the most controversial incidents in the family's history, and inspired the 2017 film "Chappaquiddick" and 1992 novella "Black Water" by Joyce Carol Oates. Kopechne's death loomed over the rest of his political career, though Kennedy went on to become one of the longest-serving U.S. senators in history and a leading voice for American liberals.

- Rosemary Kennedy: Unlike her siblings, Rosemary's traumas were inflicted by her own family. Her birth, complicated by human error, likely resulted in her mental disabilities, Meryl Gordon writes in her Times review of the biography 'Rosemary: The Hidden Kennedy Daughter,' by Kate Clifford Larson. Refusing to accept their daughter's circumstances, family patriarch Joseph Kennedy subjected Rosemary to a prefrontal lobotomy that rendered her severely disabled for the rest of her life. She was hidden away at a mental institution and all but abandoned by her parents.

- John F. Kennedy Jr.: The next generation of Kennedys endured losses as well. John F. Kennedy Jr., the late president's son, was killed when the small plane he was piloting crashed into the sea near Martha's Vineyard. The crash also claimed the lives of his wife, Carolyn Kennedy, and her sister, Lauren Bessette.

- David Kennedy: David, the son of Ethel and Robert F. Kennedy, was found dead in a Palm Beach, Florida, hotel room in 1984 after years of struggling with addiction. He was reportedly traumatized by his father's violent death. His uncle, Sen. Edward Kennedy, said in a statement that "we all pray that David has finally found the peace that he did not find in life."

- Michael Kennedy: Another of Robert and Ethel's sons died several years after David, in a 1998 skiing accident. Michael, an expert skier, was playing a "dangerous" game that combined the alpine sport with football, according to the New York Times.