The number of dead seals discovered off the coast on Saturday initially appeared to be 700 but later rose to 2,500. 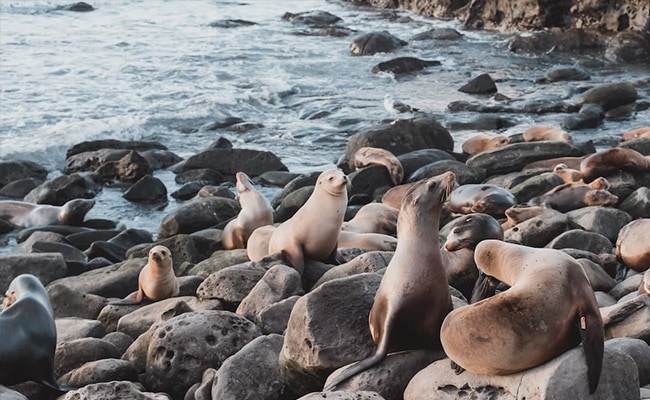 The deaths were attributed to "natural factors," according to Dagestan's Ministry of Natural Resources.

Around 2,500 dead seals were discovered off the Russian coast of the Caspian Sea, according to the North Caucasus region's officials, as reported by CNN. The International Union for Conservation of Nature (IUCN) has designated Caspian seals, the only mammals present in the Caspian Sea, as endangered since 2008.

The deaths were attributed to "natural factors," according to Dagestan's Ministry of Natural Resources, which also expressed concern that there may be many more dead seals. According to their outer appearance, the seals died approximately two weeks ago and the ministry reported that there were "no signs of violent death, no remains of fishing nets."

The Caspian Sea, the world's largest inland body of water, is bounded by five countries: Russia, Kazakhstan, Azerbaijan, Iran and Turkmenistan. The number of dead seals discovered off the coast on Saturday initially appeared to be 700 but later rose to 2,500, according to the Russian Ministry of Natural Resources and Environment.

The outlet further mentions that inspectors were reportedly searching the beach in search of more seals, crediting news agency RIA Novosti. As samples from the dead seals were being examined by experts from the Caspian Environmental Center, the cause of death was still being determined.

According to the IUCN, overhunting, habitat degradation and climate change have all harmed the Caspian seal population. The Dagestan ministry stated after this incident that there are still a stable number of Caspian seals in the region, ranging from 270,000 to 300,000.

According to RIA, the seals are at the top of the food chain and have no natural enemies as adults. They can grow to a length of more than 1.6 meters (5.2 feet) and a weight of up to 100 kilograms (200 pounds).