The World's Most Expensive City For The Ultra-Rich Is....

Higher prices and a stronger currency over the past year have kept Hong Kong at the top of the most expensive list. 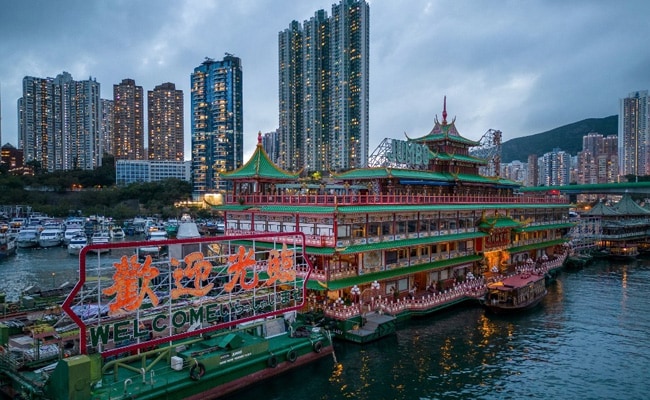 Hong Kong is the world's most expensive city to live in for the second year in a row.

Hong Kong is the world's most expensive city to live in as an expat for the second year in a row, according to a new study. New York and Geneva took second and third place in the rankings.

Higher prices and a stronger currency over the past year kept the Asian city at the top of the tree, according to ECA International, which carried out its research in March this year. London and Tokyo round out the top five.

Soaring rental costs were part of the reason London and New York took their positions in the top five, with rent in those cities rising 20% and 12% respectively.

Apartment buildings in the West Village neighborhood of New York, U.S., on on Monday, July 5, 2021. New York's residential market is heating back up amid the easing of commercial restrictions and lower Covid-19 rates, although the market has yet to return to pre-pandemic levels, Forbes reports.

Elsewhere in the Cost of Living report, Singapore stayed in 13th place despite significant rises in rent, petrol prices and utilities. Those were offset by the Singapore dollar weakening against other regional currencies during the latter part of the survey period, ECA said. Japanese cities all fell down the ranks as the yen weakened, while Chinese cities rose - with Shanghai and Guangzhou taking 8th and 9th positions respectively - on a stronger yuan.

Here are some more of the survey's findings:

"Although Hong Kong has been impacted by rising global inflation less than other regional and global locations in the past year, it nonetheless remains the most expensive location in the world," a press release quoted ECA International's Regional Director for Asia, Lee Quane, as saying.

"It has been the strength of the Hong Kong dollar, which is pegged to the US dollar, in the past year which has enabled it to maintain its position as the most expensive location worldwide as other currencies have weakened."

HRepulse Bay beach during its reopening in Hong Kong, China, on Saturday, May 7, 2022. Hong Kong is accelerating its reopening plans as Covid cases drop, easing mask-wearing rules and allowing more leisure venues to reopen, despite continued circulation of the pathogen that has led most rival financial hubs to live with the virus.

ECA International analyses the cost of consumer goods and services in more than 490 locations worldwide, while accommodation data is also factored in, comparing rental costs in areas typically inhabited by expatriate staff in over 410 locations worldwide. The latest report ranks 207 cities in 120 countries.

Here are the world's top 20 most expensive places for expats (with the March 2021 ranking in parentheses):