Hospitalizations are also rising, in some cases more quickly than the recorded spike in infections. 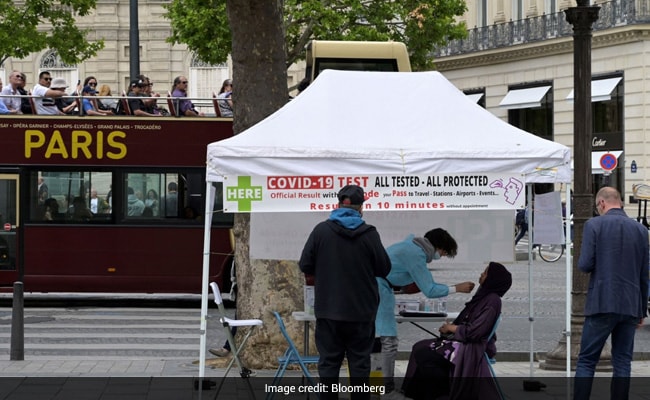 BA.5 variant is fueling a fresh increase in Covid infections in Europe.

It was supposed to be a post-Covid-19 summer in Europe. Masks are gone in most places, and vacation season is in full swing as workers rush for the beaches and cities they missed in the two years marked by the pandemic. But instead, the reality confronting people is that the virus never went away.

A super-transmissible subvariant of the omicron strain, known as BA.5, is fueling a fresh increase in infections, with cases climbing across the UK and the continent. Intensive-care admissions are rising, according to the European Center for Disease Prevention and Control, which has warned that another wave of the disease is starting. 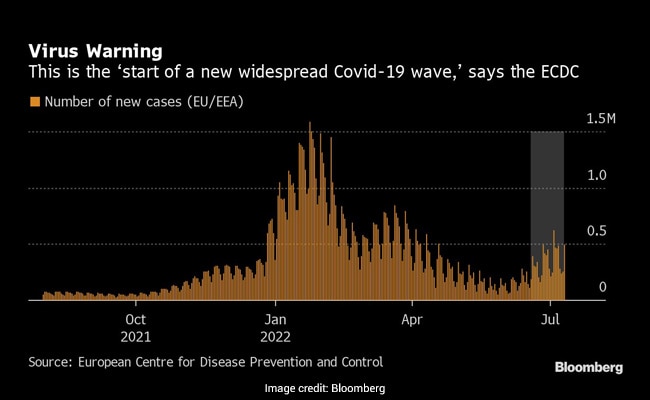 The ending of restrictions on international travel and the return of mass-participation events such as music festivals are also helping the virus to spread. And cases may already be far higher than the figures currently show, given most countries have dramatically scaled back testing.

But governments have long thrown out the initial Covid playbook, and are loath to tighten mask rules, limit gatherings or reinstate vaccine and testing requirements for travel. Most are pushing for another round of boosters for at-risk people, counting on Europe's relatively high vaccination rates to continue to keep the death rate down.

The timing of the uptick suggests that Covid isn't yet seasonal like the winter flu. Instead, the successive waves of ever more infectious versions show that it's still not clear what living with the virus will mean in the long run, said Martin McKee, professor of European public health at the London School of Hygiene and Tropical Medicine.

"This isn't like seasonal influenza," he said, adding that there's no guarantee that the current vaccines will continue to be as effective against future variants. "We're seeing waves coming every few months. And as a consequence, we need to reassess where we go with this."

The #COVID19 Emergency Committee met & concluded that the outbreak remains a Public Health Emergency of International Concern. New waves of the virus show that the pandemic is not over. We must push back with safe & effective tools to prevent infections, hospitalizations & deaths https://t.co/9KeqSriZWH

To combat the summer spike, the ECDC issued new guidance this week recommending that adults over the age of 60 and medically vulnerable people of any age consider a second booster now instead of waiting for a shot that's been adapted to be more effective against the current variants.

According to ECDC Director Andrea Ammon, given that most people in that age group had their original boosters more than three to six months ago, protection against severe disease may be waning.

"The risk for people is now," said Pierre Delsaux, head of HERA, the EU's emergency health authority. "It's better to be vaccinated now because the current vaccines are still effective."

In the UK, the government announced Friday it will broaden its Covid booster shot campaign, set to begin in the fall, to include everyone aged 50 and over. The infection rate there is rising, and is at the highest since April in England, according to the latest survey.

Hospitalizations are also rising, in some cases more quickly than the recorded spike in infections. The disparity between the measures is probably due to less accurate surveillance, said Louise Blair, who leads the vaccine and variants team at London-based data firm Airfinity Ltd.

She added that the summer wave is a reminder that the virus isn't seasonal yet. "We're actually seeing cases and waves being driven by new variants rather than mixing indoors," Blair said. 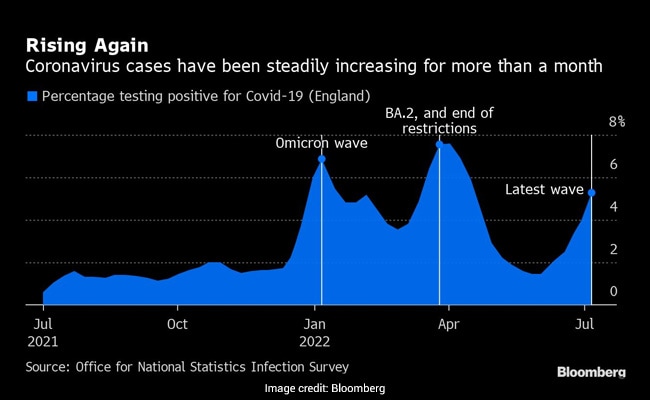 And the surge isn't confined to Europe. The US Centers for Disease Control and Prevention this week said that the BA.5 variant probably accounts for about 65% of cases. Infections there could reach 600,000 cases per day, Bloomberg Intelligence estimated in a report, based on patterns seen in South Africa, where omicron was first identified, and elsewhere.

New York's positivity rate is at the highest since January, and Los Angeles County raised its Covid warning level this week. It also warned that if case numbers are sustained, masks will be required indoors. In Japan, Tokyo lifted its infection alert to the highest level.

"From a psychological perspective, many people may feel like they are caught in a limbo around Covid," said Rachel McCloy, a behavioral psychologist from the University of Reading. The absence of restrictions sends a message that things are back to normal, but "on the other side rates are rising, people are ill and at risk, and everything is still very much not as it was," she said.