"Such A Special Place": Roger Federer Delights Fans With Photos From Tokyo Trip

During his trip, Mr Federer, who retired in September, participated in a tennis event hosted by UNIQLO at the Ariake Coliseum in Tokyo. 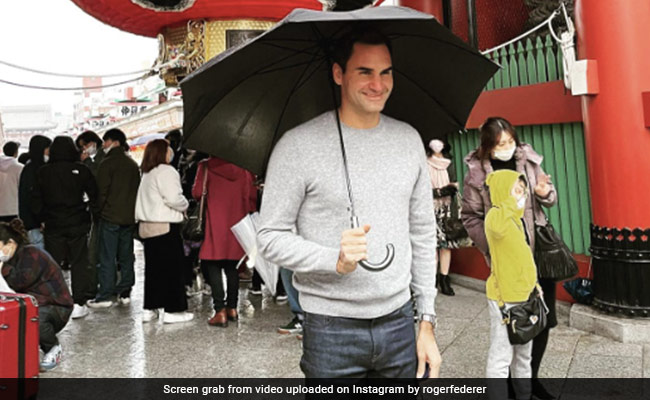 In Tokyo, Roger Federer played his 1st exhibition tennis match since retiring from the sport.

Swiss tennis maestro Roger Federer was recently in Tokyo, Japan, for an event with his apparel sponsor UNIQLO. After returning from the trip, the 20-time Grand Slam champion shared a couple of pictures of himself exploring the country.

Taking to Instagram, Mr Federer wrote, "Tokyo, you were incredible as always! I loved seeing all my fans and spending time in such a special place. Thank you @uniqlo for hosting."

During his trip, Mr Federer, who retired in September, participated in a tennis event hosted by UNIQLO at the Ariake Coliseum in Tokyo. The former World Number 1 even played his first exhibition tennis match since retiring from the sport.

In the event, Mr Federer revealed that he last visited Japan with his family three years back. He even said that his family was disappointed to not have joined him on this trip.

Meanwhile, Roger Federer bid farewell to professional tennis in September after he played his last match at the Laver Cup. Playing alongside long-time rival Rafael Nadal while representing Team Europe, Mr Federer did not have the best possible result, as the duo ended up losing their match. However, taking to social media, the 41-year-old advised his fans not to overthink that "perfect ending".

Google Executive Claims He Was Fired After He Rejected Female Boss' Advances: Report