Crown Prince Mohammed bin Salman, who's alienated traditional power centers in the clergy and royal family as he rushes to refashion the kingdom, is pinning a lot of hopes on his millennial peers. 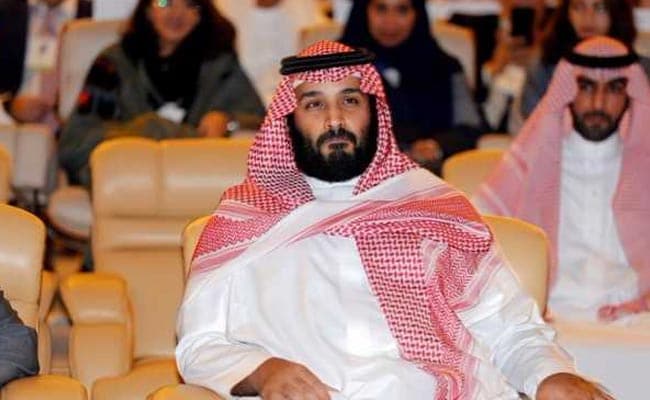 Dance music blares from a Riyadh cafe. In the foyer, young women in colorful robes line up to get their names on the waiting list. It's the kind of scene that makes it easy to believe change is coming to Saudi Arabia at breakneck speed.

Well over half the Saudi population is younger than 30. The kingdom's de facto ruler is only a couple of years older than that himself. And Crown Prince Mohammed bin Salman, who's alienated traditional power centers in the clergy and royal family as he rushes to refashion the kingdom, is pinning a lot of hopes on his millennial peers.

It's their aspirations that the prince invokes as he eases religious rules. Young Saudis just want a "normal life," Prince Mohammed told foreign investors last year, declaring that he was returning Saudi Arabia to "moderate Islam." The government sponsors concerts that draw mixed-gender crowds; women will soon be allowed to drive; and the infamous religious police have been defanged.

But there are plenty of youths like Musid who don't think Riyadh's new social scene is normal- and who worry that, in the rush to change the Saudi society and economy, they'll get left behind.

Others, far from seeking a lighter religious imprint on their own society, have fought to impose a heavier one on other countries. Thousands of young Saudis traveled to Afghanistan, Iraq and most recently Syria - or attempted to do so - to join jihadist wars against rulers viewed as un-Islamic.

"There's push-back even among young people" against the prince's plans, said Allison Wood, a Middle East consultant for Control Risks in London. "You start to see those divides between wealthier Saudis who have had the opportunity to travel or study abroad, and those that haven't." For the latter group, she said, austere religious rules are "the only social context that they've known."

Some of the grumbling is directed at Prince Mohammed's economic agenda of privatization and austerity. If the new Saudi Arabia won't police lifestyles like it used to, it won't provide cradle-to-grave welfare either.

Musid, who briefly studied in the U.S. but had to come home when he couldn't get a scholarship, supports those changes. Many of his contemporaries don't. Almost one-third of Saudis aged under 30 are unemployed, and have felt the impact of new taxes and subsidy cuts. Resentment of the economic pain often dovetails with objections to social change.

"The money being spent on the entertainment authority's concerts should be spent on the citizens," said Rahaf, a 25-year-old job-seeker. "From pay raises to offering housing and jobs."

Manal, a 32-year-old housewife, said she hopes the prince abandons much of his plan. She's glad women will be allowed to drive, but said she's uncomfortable with public money being spent on concerts- especially when the kingdom is fighting an increasingly bloody and costly war in neighboring Yemen. "I see these as provoking the feelings of our soldiers in the south, who are dying every day, as well as a waste of money."

Like other Saudis who criticized government policies in interviews, she asked not to be identified by her full name, so she could speak openly.

Free speech is limited in Saudi Arabia- dozens of prominent government critics were arrested last year. And so is opinion polling, making it hard to judge whose views are representative.

One survey, by market researcher Ipsos, found that 63 percent of Saudis welcomed the government's decision in September to lift the ban on women driving. And there's certainly evidence of enthusiasm for the new entertainment options. Concerts, like the one by Greek compser Yanni in December, are sold out. Street festivals are crowded.

Still, "it's impossible to know Saudi opinion, as a Saudi 'public' doesn't really exist," said Kristin Diwan, a senior resident scholar the Gulf States Institute in Washington. "The population is still quite fragmented, and development uneven."

At the developed end are Saudis like 21-year-old Fahad Albelihy, a college student who trades stocks in his spare time and has his own IT business. He says he's rooting for the crown prince, and is dismissive of those who oppose his modernization plan. They're sore losers who were "benefiting from the old system," Albelihy said, perched over his laptop in the lobby of Riyadh's Four Seasons hotel.
Economics Is Harder

That old system did send hundreds of thousands of young Saudis to study overseas, helping equip them for the private-sector job market the prince wants to kickstart- which will have to absorb the Saudi youth bulge.

Currently, the economy is struggling- it shrank 0.5 percent last year. Two-thirds of Saudis who work are employed by the government. And some 10.6 million people, roughly half the native population, are eligible for monthly payments under the kingdom's support program for low- and middle-income families. More than once, Prince Mohammed has had to execute U-turns, abandoning cuts to the public wage-bill amid stirrings of discontent.

In the end, it'll be harder to win millennial support for the economic agenda than the social one, according to Hesham Alghannam, a Saudi researcher at the University of Exeter in the U.K.

The government can "easily" enact social reforms without a dangerous backlash, Alghannam said. Convincing young Saudis that the state should no longer be the main employer "is significantly more difficult than allowing concerts."

Promoted
Listen to the latest songs, only on JioSaavn.com
-With assistance from Samuel Dodge and Glen Carey.