Slovenia Wildfires Are Setting Off 100-Year-Old Bombs On World War I Battlegrounds: Report

A wildfire is engulfing Slovenia, and it is travelling through locations that were once battlefields during the First World War. 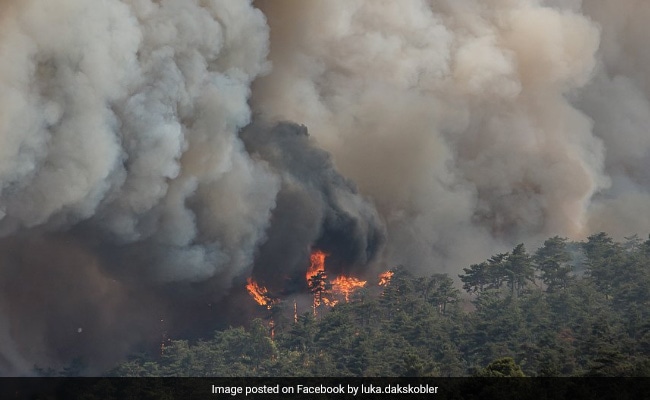 More than 1,000 firemen and members of Slovenia's military are battling the blaze.

A wildfire is engulfing Slovenia, and as it travels through locations that were once battlefields during the First World War, it is meeting with century-old explosive munitions with deadly consequences. According to a report on Vice News, a fire swept across a WWI-era bomb and exploded it while firemen worked nearby.

The firefighters were hit by shrapnel, but no major injuries were reported. There have been so many explosions that officials have stopped counting detonations, only marking those that explode near roadways.

Vice News quoted local media reports to say that Prime Minister Robert Golob and President Borut Pahor paid a visit to the Kras region in western Slovenia on Sunday, where the major fire that had been blazing for 10 days appeared to be under control. Mr Golob declared efforts to deal with the aftermath of the fire, as well as measures to avoid future fires of similar scale.

Local media reports said that the fire is currently under control, but the region will have to be monitored for a few more days to ensure the wildfire does not re-emerge.

Only a few hotspots remain in the northern half of the fire zone, where small subsurface flames are erupting, the reports further said.

More than 1,000 firemen and members of Slovenia's military are battling the blaze, which has spread to about 5,000 acres of land.

During World War I, the region where the fire is raging was the location of 12 battles. Over 200,000 people were killed, and enormous amounts of explosives were used.