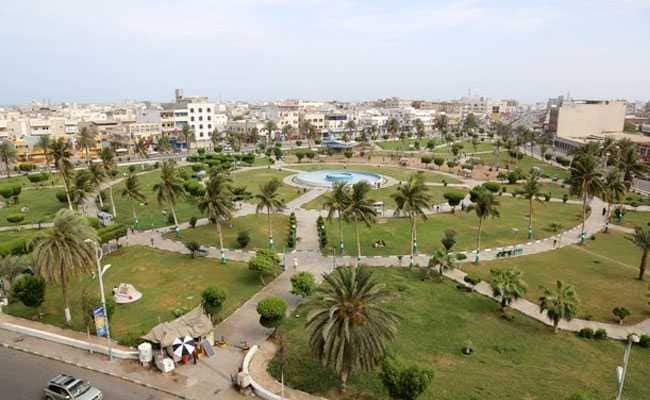 Istanbul: A Saudi Arabia-led military coalition and its local allies launched a long-anticipated offensive on the Yemeni port city of Hodeida early Wednesday, opening a new front in the country's intractable civil conflict and raising fears for millions of civilians.

The offensive, which was announced by Yemen's government, is aimed at dislodging an Iranian-allied rebel group known as the Houthis that controls Hodeida on Yemen's Red Sea coast. The port is the main entry point for food and humanitarian aid supplies that millions rely on in Houthi-controlled areas.

The government and its Persian Gulf allies argue that defeating the Houthis in the city would force them to the negotiating table more than three years after they took over much of Yemen's north, setting off a civil war and a devastating humanitarian crisis in the Arab world's poorest country.

Aid agencies have warned that the Hodeida offensive would almost certainly deepen the crisis, threatening nearly half a million civilians who live in the city while cutting off critical aid at a time when a third of Yemen's citizens are on the brink of famine.

The United Nations had led an intensive diplomatic push to avert the offensive, which the Saudi-led coalition, and especially the United Arab Emirates, had long been determined to pursue.

Yemeni security officials quoted by the Associated Press said that 2,000 troops had crossed the Red Sea from a UAE naval base in Eritrea, with plans to seize the port at Hodeida. A separate Yemeni-UAE force was advancing on the city from the south, near the city's airports, the officials said.

The Trump administration, which provides military support to the coalition, had asked the Emirates to hold off on beginning an operation until after United Nations envoy Martin Griffiths presented a new plan for jump-starting peace talks.

But once it became clear the Emirates would not hold back its allied Yemeni forces, American officials said they were focused instead on trying to ensure the operation did not damage key infrastructure such as the port as well as to ensure civilian sites did not become targets. Officials also want to make sure aid is provided immediately.

But aid agencies warned that in a protracted battle for the city, catastrophic harm to civilians would be nearly impossible to avert.

"We condemn to the fullest extent the launch of an attack by the Saudi and Emirati-led coalition on Yemen's port city of Hodeida. Not only does the IRC and other humanitarian aid agencies have staff on the ground working to deliver lifesaving aid, but 400,000 innocent civilian lives are at stake," Frank McManus, the Yemen country director for the International Rescue Committee, said in a statement on Wednesday.

"The humanitarian risks inherent in attacking the city have been emphasized numerously in appeals by humanitarians, which have been ignored," he said. "Parties to the conflict must now prepare to bear responsibility for any violations of International Humanitarian Law, particularly the targeting of civilians and civilian infrastructures such as medical facilities, schools and the port facilities, for which the U.N. Security Council must ensure accountability."

On Tuesday, a bipartisan group of senators including leaders of the Senate Foreign Relations Committee, Bob Corker, R-Tenn., and Robert Menendez, D-N.J., wrote to Secretary of State Mike Pompeo and Defense Secretary Jim Mattis to express their "grave alarm" about circumstances in Hodeida.

They said civilian harm and damage to the port were "unacceptable consequences for any responsible member of the community of nations."

The United States has provided military assistance to the Saudi-led coalition since it first intervened in Yemen's civil conflict in March 2015. The support has continued despite international alarm over the coalition's air campaign against the Houthis, which has killed thousands of civilians in airstrikes that human rights groups have alleged are frequently indiscriminate.

In fact, the Trump administration has become an increasingly vocal backer of the coalition, sharing its concerns about Iranian support for the Houthis, and in deference to close military partners like the United Arab Emirates. UAE forces fight alongside U.S. Special Operations forces in a separate counterterrorism mission in Yemen focused on al-Qaida in the Arabian peninsula.

U.S. officials, however, have been skeptical of coalition assertions that Iranian missiles are being smuggled to the Houthis through the Hodeida port, which is subject to a U.N. inspections program.

At the same time, the Trump administration has been seeking ways to demonstrate a tough stance toward Tehran's support of armed groups across the Middle East. Yemen, where Iran has provided only limited support for the Houthi movement, is seen as an easier starting point for that campaign than countries where its proxy support is more established.

Speaking to reporters this week, Mattis said that U.S. support would continue at its current levels, and suggested U.S. aerial refueling, which lengthens flight times, increased the accuracy of Saudi and UAE bombing raids and so cut down on civilian casualties.

Promoted
Listen to the latest songs, only on JioSaavn.com
"It's providing any intel, or anything we can give to show no-fire areas where there are civilians, where there are mosques, hospitals, that sort of thing," Mattis said. "So nobody feels like I've got to drop the bomb and get back now ... no hasty decisions."