Speaking at a briefing at company headquarters, Lee admitted missteps in the past and pledged he will avoid violations of the law in the future. 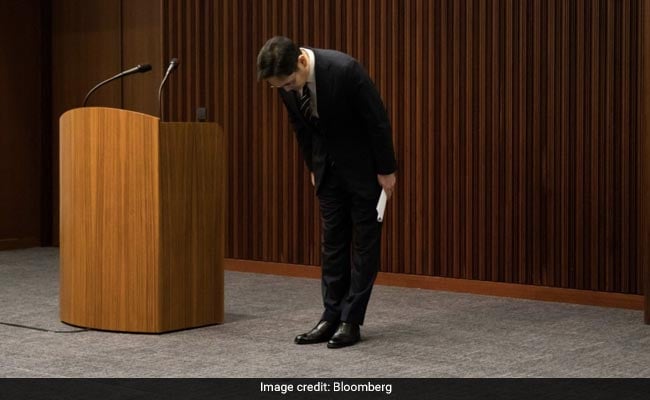 Jay Y. Lee and Samsung had insisted repeatedly that they had done nothing wrong

Jay Y. Lee, the billionaire scion of Samsung Group, issued a personal apology for his company's role in a scandal over succession that rocked South Korea and promised not to hand down leadership to his children, an unusual public sign of contrition from the country's most powerful conglomerate.

Speaking at a briefing at company headquarters, Lee admitted missteps in the past and pledged he will avoid violations of the law in the future. His promise suggests that leadership of Korea's largest conglomerate, founded by his grandfather, won't automatically get passed to a fourth generation.

"We are recognized for our top-class technology and products, but the public view of Samsung is still critical," the 51-year-old said, dressed in a dark suit, white shirt and tie. "This is all because of our shortcomings. This has been my fault and I offer my sincere apology."

Lee has been entangled for years in allegations that he used horses and financial contributions to win favor, via an intermediary, from then-president Park Geun-hye to help with his succession as Samsung chief. The scandal led to Park's impeachment in 2017 and her sentencing to a 25-year prison term. It also inflamed public anger over the power of the country's conglomerates, triggering the election of a reformer as her successor. The executive's apology may help burnish Samsung's image, which improved after the electronics giant publicized a series of efforts to aid Korea in its battle against Covid-19.

The legal fight has disrupted Lee's tenure at the helm of Samsung Electronics Co., the world's leading producer of smartphones and memory chips. He became de-facto leader after his father suffered a heart attack in 2014, but he was then imprisoned for about a year until his release in early 2018. Lee returned to court for a retrial last year when the scope of the alleged wrongdoing was revised, and he again faces the possibility of jail.

"I give my word here today that from now on, there will be no more controversy regarding succession. There will absolutely be no infringement against the law," Lee said. "There will be no leaning on legal expediency or actions that cause ethical reproach. My sole focus will be on enhancing the corporate value of Samsung."

Lee's tone was markedly different from the past. He and Samsung had insisted repeatedly that they had done nothing wrong.

"It is symbolic that Korea's top company will separate ownership from management," said Park Ju-gun, president at corporate watchdog CEOScore.

Lee also apologized for Samsung's stance against unions, a long-running area of controversy.

"At Samsung, the labor culture did not move in step with the times," he said. "From now on, I will make sure that Samsung is not criticized for 'union-free management'."

Samsung C&T Corp., the de facto holding company for the Samsung empire, surged 6.6%, well ahead of the Korean market index. 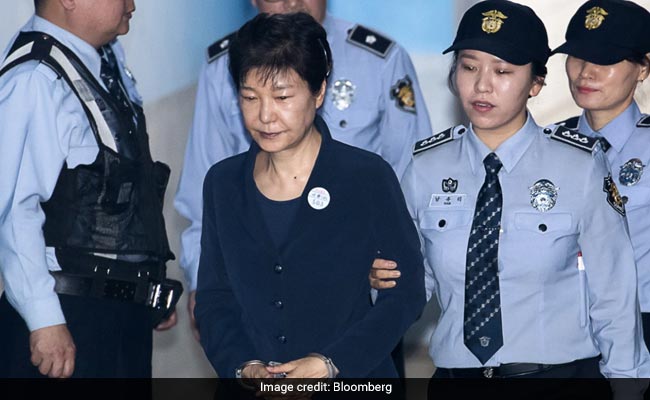 The appeals court that decided to release Lee is expected to rule on his final sentence in the next few months. Unless new evidence emerges during the retrial, the appeals court is expected to rule in line with the decision of Korea's Supreme Court, which found Lee had used the horses and money to bribe President Park while seeking political support. This would mean altering Lee's presently suspended prison sentence.

The total amount of alleged bribery determined by the top court carries a minimum sentence of five years, which cannot be suspended in the same way that Lee's existing sentence had been. Media coverage in Korea, however, has centered on Article 53 of the Korean Criminal Act, which stipulates there could be a discretionary mitigation of the punishment "when there are extenuating circumstances." In Lee's case, the damage to Samsung -- crucial as it is to Korea's economy -- could be presented as grounds to keep him out of prison.

Lee gave up on extending his three-year term on the Samsung board. Although he's keeping his title as vice chairman, it will be the board that drives overall management decisions, people familiar with the matter have said.

Park of CEOScore said that Lee has been under pressure to apologize and demonstrate contrition after the years of scandal.

"Lee himself has been struggling with succession under Korean law," Park said. "But today's announcement was weak. He didn't say he'd take away the Lee family ownership at Samsung."