Ukraine "Lacks Will": What Russia Said On Peace Talks

Russia-Ukraine War: "Talks are indeed not moving forward and we note the complete lack of will of Ukrainian negotiators to continue this process," Kremlin spokesman Dmitry Peskov said. 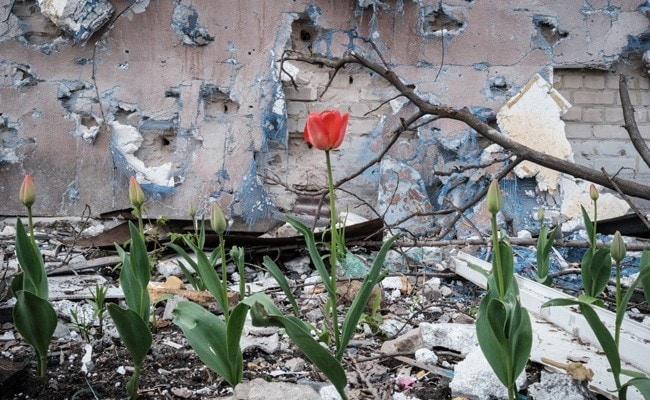 The Kremlin on Wednesday accused Kyiv authorities of not wanting to continue talks to end hostilities that started after Russian President Vladimir Putin sent troops into pro-Western Ukraine.

"Talks are indeed not moving forward and we note the complete lack of will of Ukrainian negotiators to continue this process," Kremlin spokesman Dmitry Peskov told reporters.

On Tuesday, Kyiv's lead negotiator Mykhaylo Podolyak said that talks with Moscow were "on hold" after being held regularly in the earlier stages of the conflict but without substantial results.

Peskov also said the Kremlin had no information about a Russian soldier accused of killing an unarmed civilian in Ukraine, the first war crimes trial since Moscow sent troops to Ukraine on February 24.

"We still have no information. And the ability to provide assistance due to the lack of our diplomatic mission there is also very limited," Peskov said.

He claimed that many such cases reported by Ukraine are "simply fake or staged".

Vadim Shishimarin, 21, was on Wednesday set to appear at Kyiv's Solomyansky district court over the death of a 62-year-old man in northeastern Ukraine on February 28.

Charged with war crimes and premeditated murder, the soldier from Irkutsk in Siberia faces a possible life sentence.