Russia-Ukraine War: NATO members have rushed thousands of troops to eastern Europe to bolster the alliance's flank closest to Russia and are sending weapons to help Ukraine defend itself. 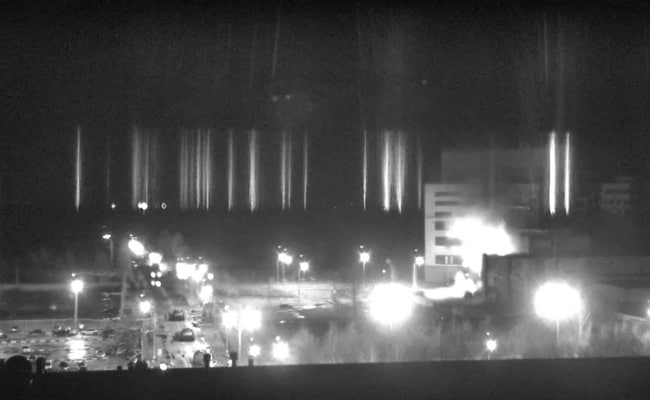 NATO chief Jens Stoltenberg on Friday decried Russia's "recklessness" over the shelling of a nuclear power plant in Ukraine and demanded Moscow stop the war against its neighbour.

"Overnight we have also seen reports about the attack against the nuclear power plant. This just demonstrates the recklessness of this war and the importance of ending it and the importance of Russia withdrawing all its troops and engaging good faith in diplomatic efforts," Stoltenberg said ahead of talks with Western foreign ministers.

Allies meet Friday for a busy day of diplomacy in Brussels looking to keep the pressure on after hitting Moscow with a wave of punishing sanctions over the invasion of Ukraine.

NATO members have rushed thousands of troops to eastern Europe to bolster the alliance's flank closest to Russia and are sending weapons to help Ukraine defend itself.

But NATO has ruled out intervening militarily over fears of getting into a direct conflict with Moscow that could spiral into nuclear war.

That has so far included rebuffing Ukrainian calls for a no-fly zone to be imposed over their country to halt bombings by the Kremlin's forces.

"We know that our red line is to make sure that there's no international conflict," said Canadian Foreign Minister Melanie Joly.

The ministers holding talks at NATO, the European Union and G7 on Friday are to take stock of the impact of sanctions on Russia and weigh tougher steps including calls to hit Russia's key oil and gas exports.

"Beyond the three severe packages of (EU) sanctions that we have already decided on, we will take further measures that target Putin's centre of power," she said.

But key European powers such as Germany remain reluctant to target Russian energy exports that make up some 40 percent of gas and 10 percent of oil coming to the EU.