Russia-Ukraine war: The man was later detained and the governor of Irkutsk region said he "will absolutely be punished". 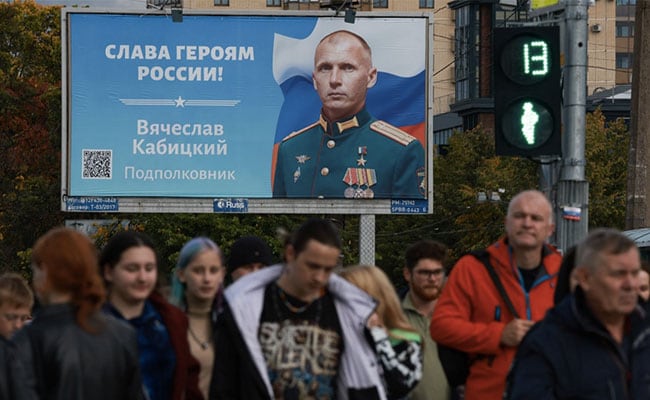 Protests have been taking place across Russia against the mobilisation order. (Reuters Photo)

A man in Russia opened fire at a draft office in the country's Irkutsk region on Monday, in which leader of the draft committee was severely injured, according to a report in The Guardian. The incident took place in the city of Ust-Ilimsk, a town of about 85,000 people in the Siberian region, the outlet further said. This is the latest incident linked to Russian President Vladimir Putin's announcement of a partial mobilisation, which has led to widespread protests in the country.

Videos circulating on social media show the gunman opening fire at the draft office. In one of the clips, he is seen firing at the official from point blank range as other men called for drafting run away. The gunman was later detained.

The murderer is Ruslan Zinin, born in 1997, "partially mobilized". He decided jail is better than death in Ukraine. pic.twitter.com/s0IvHJZJBO

The official has been admitted to a local hospital and is in critical condition. A video showed him being carried from the building in a stretcher, said The Guardian, adding that the man was not moving.

Irkutsk's governor Igor Kobzev said in a Telegram message that the draft office head was in hospital in a critical condition, and that the detained shooter "will absolutely be punished", The Guardian report said.

"Nobody is going to go anywhere," the gun man said moments before opening fire, the outlet further said.

News agency Reuters said that the attacker has been identified as 25-year-old Ruslan Zinin.

A number of draft offices have been attacked since Russian President Vladimir Putin declared a partial mobilisation last Wednesday.

Protests against the draft took place over the weekend in Dagestan and Yakutia, both of which have supplied disproportionate numbers of soldiers for the war in Ukraine.