Some people scrambled to barricade themselves in offices or bathrooms, or wondered how to hide in a glass office, according to accounts on social media platforms and interviews. 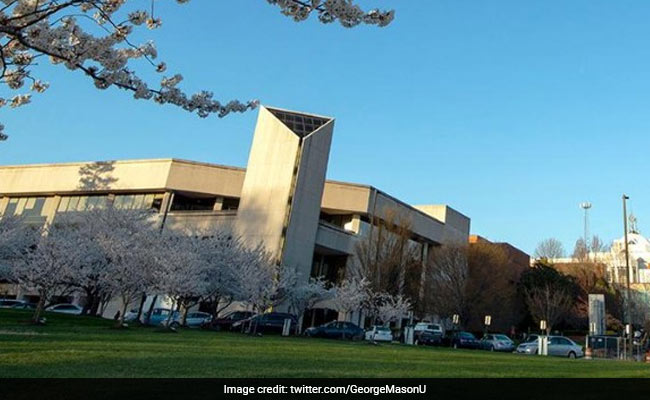 The message was sent by a software vendor that handles the emergency notification system.

An alert buzzed on cellphones and computers Tuesday morning, warning of an active threat to George Mason University: "Mason Alert: A person with a weapon is on the Fairfax Campus. RUN, HIDE, or FIGHT," the email began.

Some people scrambled to barricade themselves in offices or bathrooms, or wondered how to hide in a glass office, according to accounts on social media platforms and interviews.

Six minutes later, another message came through: It had been a false alarm.

No one at the university in northern Virginia sent the message, university spokesman Michael Sandler said. "It was inadvertently sent by a software vendor that handles our emergency notification system."

The false alarm, coming in the days before fall semester begins, rattled the campus. Move-in day is Wednesday, and classes begin Monday. Student government leaders did not immediately respond to questions, but the student body president reacted on social media:

Maoria Kirker, who works at the University Libraries at George Mason, was in New York when she was startled by the alert. She immediately reached out to colleagues and didn't hear back for a few minutes, until one responded that she had told a student worker to barricade herself in an office. Kirker saw messages on library Slack channels about students crowding into a bathroom and trying to lock the door, and one from an employee who said her mother had called her in tears because she saw the alert.

Then, Kirker saw, with relief, that there had never been a threat.

Kirker said it makes sense the emergency alert system would be tested the day before students move in. "It's still a pretty egregious error," she said.

"There are so many people that work at Mason who were at Virginia Tech when that happened," Kirker said, referring to the 2007 mass shooting when a student gunned down 32 people before killing himself. "I can't even imagine what it would be like to see those messages, after that."

The initial warning had a second sentence that increased the confusion: "This is a test of the Alertus system for Stanly Community College. No action is needed."

A representative of software vendor Alertus Technologies did not immediately respond to requests for comment.

Stanly Community College, in North Carolina, has no affiliation with George Mason.

For some, that reference to Stanly College was an indicator the message was some kind of technical glitch.

Others didn't get that far, responding to the stark wording to run, hide or fight.

Some people wrote angrily on social media, pleading with the university not to traumatize people.

False alarms have been reported at other universities this year, but John Vinson, president of the International Association of Campus Law Enforcement Administrators, an organization representing more than 4,000 public safety professionals, said such incidents are infrequent and quickly corrected. He said it is important that universities have the ability to alert large numbers of people quickly, but also crucial they have systems to reverse alerts if there is a technological error.

David Farris, executive director of safety and emergency management at George Mason, sent an email to campus shortly before noon about the error. Environmental Health and Safety Office authorities are working with the university's emergency notification system providers to determine how the alert was sent and to prevent future incidents, he wrote in the email. The message seems to have been triggered by an automated process linked to a test conducted by the emergency notification system vendor, he wrote.

"We understand that this was a frightening experience for our community and apologize for the fear it may have caused," he wrote.

(Except for the headline, this story has not been edited by NDTV staff and is published from a syndicated feed.)
Comments
George Mason UniversityFairfax CampusGun violence