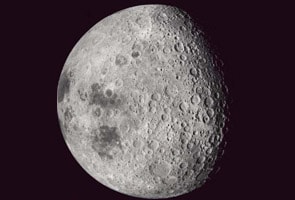 Sydney: Scientists have stumbled upon 'Tranquillityite', a mineral considered unique to the moon, in the remote Pilbara region of Western Australia.

Researchers at The University of Western Australia's Centre for Microscopy, Characterisation and Analysis (CMCA) identified the mineral.

The Pilbara rocks in which Tranquillityite occurs were once thought to have been about 820 million years old but new dating by Birger Rasmussen, professor and colleagues at Curtin University has shown that they are about 1,040 million years old, the journal Geology reports.

Tranquillityite, named after the Sea of Tranquillity, where the Apollo 11 moon-walkers landed in July 1969, was tentatively identified by Birger Rasmussen, professor from Curtin University, while studying a polished slice of earthly rock in a scanning electron microscope, according to a Western Australia statement.

When lunar rocks were first analysed in the 1970s after having been brought to earth by US astronauts Neil Armstrong, Edwin 'Buzz' Aldrin and Michael Collins, scientists identified three minerals - Armalcolite (after Armstrong, Aldrin and Collins), Pyroxferroite and Tranquillityite - that they believed were unique to the Moon.

Armalcolite and Pyroxferroite were later found on Earth, but then CMCA's Janet Muhling and Alexandra Suvorova and colleagues from Curtin University, showed that Tranquillityite also occured on earth.

To confirm the identity of the Pilbara mineral, Muhling analysed its composition by collecting X-rays emitted when the sample was targeted by an electron beam in the electron microscope.

Promoted
Listen to the latest songs, only on JioSaavn.com
Previously, Tranquillityite was thought to exist only in returned moon samples and lunar - and possibly Martian - meteorites. The researchers believe Tranquilliltyite is the final 'lunar' mineral to be found on earth because it is rare, small and prone to change.

The so-called sea (Pilbara region) is actually a giant impact crater that appears dark because it is filled with dark basaltic rocks. It was first named by Italian astronomer Giambattista Riccioli in 1651.

"My Grandfather's Century Of Life...": William's Post On Prince Phillip