Porters Who Help Climbers On World's Second-Highest Peak Risk Everything

As one of the few elite porters in the country specialising in high-altitude expeditions, the 40-year-old has spent nearly two decades on deadliest slopes 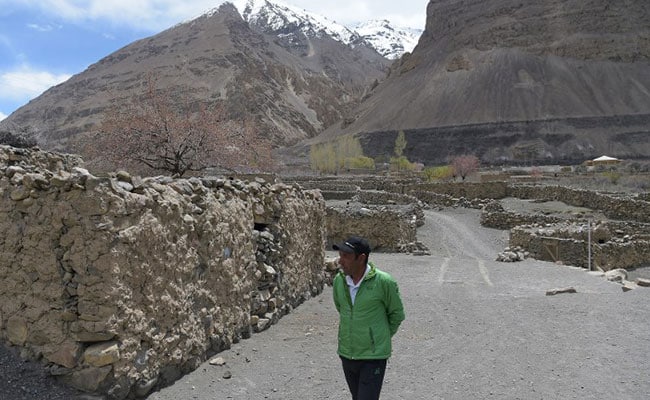 He is the only man ever to have scaled K2 three times, but Pakistani national Fazal Ali's achievements have gone largely unrecognised, like those of many of his fellow porters who risk life and limb on the world's second-highest peak.

As one of the few elite porters in the country specialising in high-altitude expeditions, the 40-year-old has spent nearly two decades on deadliest slopes -- plotting routes, lugging kit and cooking for paying clients.

At 8,611 metres (28,251 feet), K2 in Pakistan-Occupied Kashmir or PoK is not quite as high as Mount Everest, which stands at 8,848 metres. But its technical challenges have earned it the nickname "the Savage Mountain" and dozens have lost their lives on its treacherous, icy flanks.

"He is the only climber with this achievement," said Eberhard Jurgalski from Guinness World Records.

While foreign climbers have won plaudits for their feats, Ali and his colleagues are overlooked, even among the mountaineering community.

"I am happy," Ali told news agency AFP. "But I am also heartbroken because my feat will never be truly appreciated."

He is one of many high-altitude porters who work on foreign expeditions to a remote region that is home to three of the highest mountain ranges in the world, the Himalayas, the Karakoram and the Hindu Kush.

Chosen for their endurance and knowledge of the extremely difficult terrain, the porters trace the route for climbers and fix ropes for their ascent. They also carry food and supplies on their backs and pitch their clients' tents.

However, once the mountaineers return home, the porters -- indispensable during expeditions -- often feel forgotten.

"When they arrive, they are full of goodwill, they make many promises," Ali said. "But once they've achieved their goals, they forget everything."

One incident in particular left Ali with a bitter taste in his mouth: he arrived at the summit of K2 with a Western mountaineer, but instead of taking a picture together, she posed alone with a flag in her hand.

"She ordered us to take a picture and stay at a distance," he said, adding the episode led to a dispute between the climber and a Nepali porter who was also there. 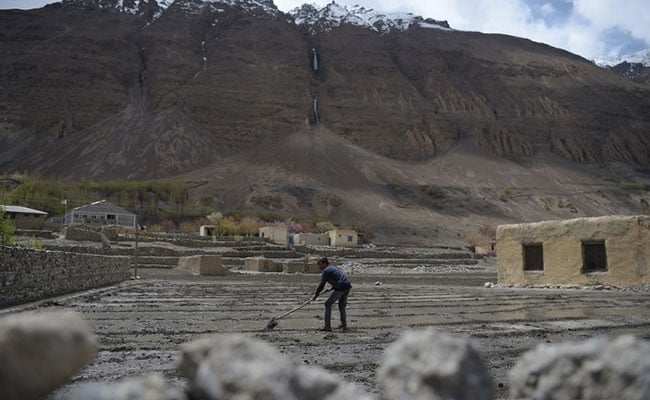 A Pakistani villager works in a field in Shimshal village, also known as Pakistan's valley of mountaineers, in Pakistan's northern Hunza valley.

Ali, like many Pakistani high-altitude porters, was born in the remote Shimshal Valley in the country's north, near the Chinese border.

Home to just 140 families, Ali's village has produced many of the country's greatest mountaineers, including Rajab Shah, the first Pakistani to scale all five 8,000-metre peaks in the country.

"If I were recognised, if the mountaineers from... Pakistan were recognised, or if they enjoyed a bit of recognition or financial assistance, they would climb all the 8,000-metre peaks of the world," he said.

Baig's father was the first from Shimshal to pursue the deadly pursuit of mountaineering, but he now tells his children not to follow in his footsteps.

A major source of resentment among Ali and his colleagues is their belief that they are treated worse than their Nepali counterparts.

In the event of an accident, Pakistani porters are rarely entitled to helicopter rescues by their employers.

In Nepal, local guides are eligible for approximately $12,700 in life insurance from the government, after mountain workers successfully lobbied for an increase following an avalanche in 2014 that killed 16 sherpas on Mount Everest.

High-altitude porters in Pakistan meanwhile are lucky to get life insurance policies worth $1,500, according to the Alpine Club of Pakistan.

Mountaineering experts agree there is a disparity and believe the Pakistani workers should be better trained and supported by the government.

German mountaineer Christiane Fladt, who wrote a book on Shimshal, says the Pakistani porters "should organise themselves in a union in order to put stress on their financial demands".

"We hate the mountain"

In 2008, two Shimshal porters were among 11 people who died on the same day in the worst disaster to hit K2.

One of them, Fazal Karim, fell alongside the French mountaineer Hugues d'Aubarede as they descended from the summit. Karim's body was never found.

His widow, Haji Parveen, said she tried her best to dissuade him from going on an expedition.

"I told him, 'We have a good life here and we have enough to live', but he did not listen to me," she said softly.

Karim was a skilled worker, owner of a sawmill in the village, where he had also opened a shop for his wife. After his disappearance, his widow had to sell the mill to finance the education of their children.

According to Parveen, neither the expedition company nor the foreign mountaineers on the trip gave her any assistance.

Now her eldest, who is studying in Karachi, wants to become a porter like his father.

"He talks about it every time he comes home and says he wants to be like his father. But we scold him because we hate the mountain: it's useless, nothing at all."