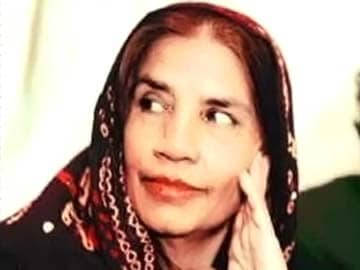 Pakistani singer Reshma had been in coma for a month

Reshma was in coma for a month, Geo TV quoted hospital sources as saying.

Born in Bikaner in India's Rajasthan state to a Banjara family around 1947, her tribe migrated to Karachi shortly after partition.

Dawn reported that she is survived by son Umair and daughter Khadija.

When she was just 12, a television and radio producer spotted her singing at Shahbaz Qalander's shrine. The producer arranged for her to record "Laal Meri" on Pakistan radio. She became an instant hit.

Reshma has been one of the most popular folk singers of Pakistan, appearing on television in the 1960s and recording songs for both the Pakistani as well as the Indian film industry.