Pakistan Hands Over 2,000 Acres of Baluchistan Land to China 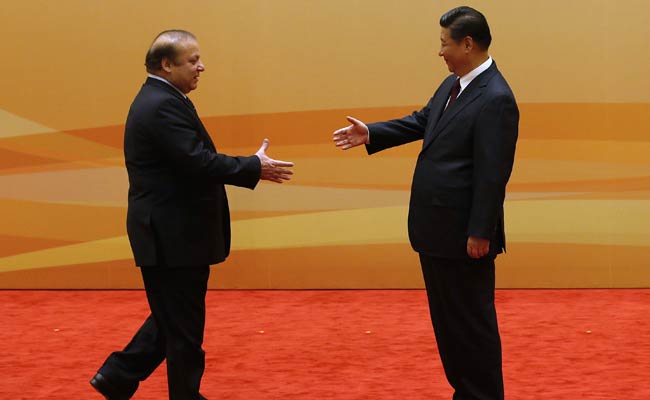 Islamabad: Pakistan and China today kicked off their ambitious $46 billion economic corridor project. Beijing was today handed over 2,000 acres of land in restive Balochistan to develop the strategic Gwadar port, providing the Communist-giant an opening to the Arabian Sea.

The two countries have signed a deal to acquire the usage rights to more than 2,000 acres of land for a Chinese company, Chinese official media reported.

Asked about the deal between the two close allies at the Gwadar port city, which will get linked to China's Kashgar city in Xinjiang through a network of roads and oil pipelines, Chinese Foreign Ministry spokesman Hong Lei said that the port development is a mutually beneficial project.

"It is a major project under the China Pakistan Economic Corridor, (CPEC). We will continue to uphold the principle of mutual consultation and mutual benefit and move ahead with the port project," he said.

India has objected to the CPEC as it passes through the Pakistan occupied Kashmir (PoK).

China defends the project saying it is a commercial venture aimed at improving livelihoods of local people. State-run CCTV reported that a delegation led by Wang Xiaotao, Deputy Secretary General of China's National Development and Reform Commission, signed a lease agreement with the Pakistani government.

The 43-year lease will see the government of Baluchistan province in southwestern Pakistan provide a 923-hectare swathe of tax-exempt land as part of the CEPC which links western China to the Arabian Sea.

The contract will enable state-owned China Overseas Port Holding Co Ltd, to build an international airport, a free trade area, and a maritime service company in the port with full authority to handle the port's operations, it said.

Gwadar, on the shores of the Arabian Sea in Pakistan's western province of Balochistan, has strategic importance in terms of its location between South and Central Asia and the Middle East as it is situated at the mouth of the Persian Gulf and close to several important sea routes like the Straits of Hormuz, through which 20 per cent of the global oil shipments pass.

China is expected to invest $1.62 billion in the Gwadar project, including construction of an expressway linking the harbour and coastline, a rail link, breakwater and other nine projects expected to be completed in three to five years, state-run China Daily reported.

Wang Shida, an expert at the Beijing-based Institute of Contemporary International Relations, said the port will play an important role in the economic prosperity of both nations.

"I think it will provide win-win benefits for both sides. The Pakistani economy will gain from the large number of processing firms that will move to the Gwadar port. It will also boost exports from Pakistan. As for China, it will gain from cheaper oil imports from the Middle East," he said.