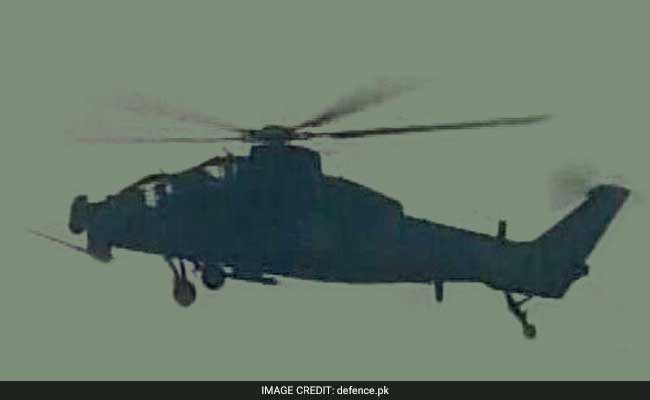 New Delhi: As Pakistan held its large "Strike of Thunder" drill along the border with India in Punjab, images show two Chinese built WZ-10 attack helicopters were part of the army exercise against India.

Pakistan has never openly admitted the acquisition of the WZ-10 Thunderbolt, a missile-armed chopper than can destroy tanks and fortified positions and is considered the Chinese equivalent of the US AH-64 Apache, which was widely used in the Gulf Wars and in the war against terror in Afghanistan. In September last year, India placed an order for 22 Apaches as part of a US $3.1 billion deal with the United States for new-generation helicopters. None of these helicopters have been delivered as yet.

Yesterday's military exercise in Bahawalpur, Pakistan was meant to showcase the preparedness of its military at a time when tensions between India and Pakistan have hit dangerous levels. 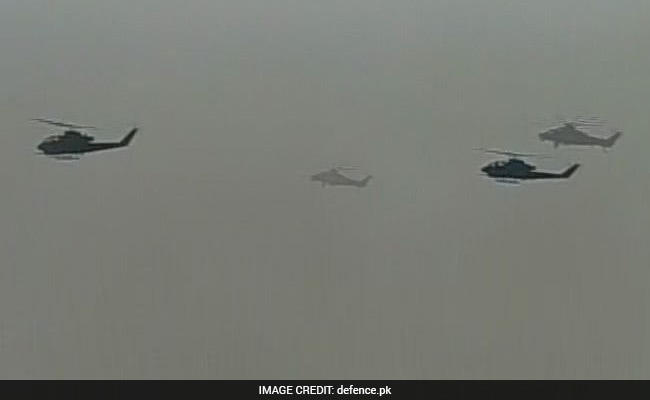 Pak showcased both Cobra and WZ-10 helicopters during the drill.

The WZ-10, the first modern Chinese attack helicopter, has been in service with Chinese forces since 2012. Three choppers were transferred to Pakistan for performance evaluation trials last year.

No official announcement has been made by Pakistan on whether the helicopter met its requirements, though some reports indicated that the turboshaft engines were appraised as under-powered. A newer, more powerful engine, the WZ-16, currently under development in China, would enable the WH-10 helicopter to carry its maximum weapons-load of 16 AR-1 guided anti-tank missiles.

Promoted
Listen to the latest songs, only on JioSaavn.com
Pakistan operates a fleet of US built AH-1F Cobra helicopter gunships in addition to 15 newer AH-1Z Viper helicopters. Islamabad is also reported to have placed an order for Russian Mi-35 attack choppers and may be considering acquiring 20 more of these helicopters.

The Indian Air Force has been looking to replace its own ageing Russian built Mi-35 attack choppers with newer helicopters. Besides the order for the Apaches, the government has recently cleared the acquisition of 15 indigenous Light Combat Helicopters (LCH), built indigenously at a cost of approximately Rs 2,900 crore.