Otofacial Syndrome Left Chicago's Joseph Williams Without Jaw, He Refused To Give Up

Joseph Williams underwent a number of surgeries in Chicago, as doctors tried to construct a jaw but he said his body rejected it. 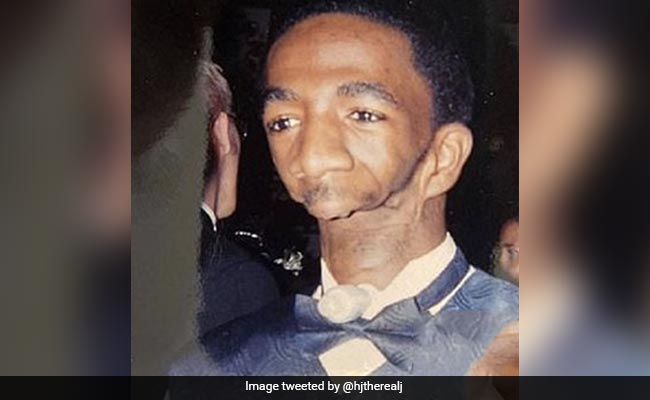 A man who was born without jaw and bullied his entire life has said that love saved his life after surviving decades of feeling “worthless”. Forty-one-year-old Joseph Williams from Chicago was quoted as saying by news.co.au that others struggling with challenges like him also deserve more out of life.

“Dating was also hard for me because I had such low self-esteem and felt worthless, but when I started believing in myself and realised I deserved more, I ended up finding my wife,” he told the publication.

Mr Williams was born with a rare congenital disorder called otofacial syndrome. It is caused by a mutated gene and left him unable to speak or eat with his mouth.

Due to the condition, Mr Williams uses sign language and consumes food through a tube.

“I can't eat, speak or even breathe properly,” he said. “I have a tube in my stomach, which I can place blended food into, but this means that I have never tasted food.”

But these issues did not stop Mr Williams from living his life.

“I understand that I am different and that some people will think I am ugly and not accept me, but I am still a person who has a heart, feelings and a brain,” said the 41-year-old, who works as a welder. “I should be treated with respect, just as anyone else should be,” he added.

According to a report in the New York Post, when he was growing up, Mr Williams was constantly told about things he couldn't do. “But I didn't want my condition to hold me back and I didn't want to be limited.”

Mr Williams underwent a number of surgeries in Chicago, as doctors tried to construct a jaw but he said his body rejected it.

But now, Mr Williams lives his life to the fullest with wife Vania and dreams of becoming a DJ one day, according to the Post.