The statement was seen as a major setback for British prime minister, who would most likely need the support of his DUP allies in parliament for any deal agreed in Brussels. 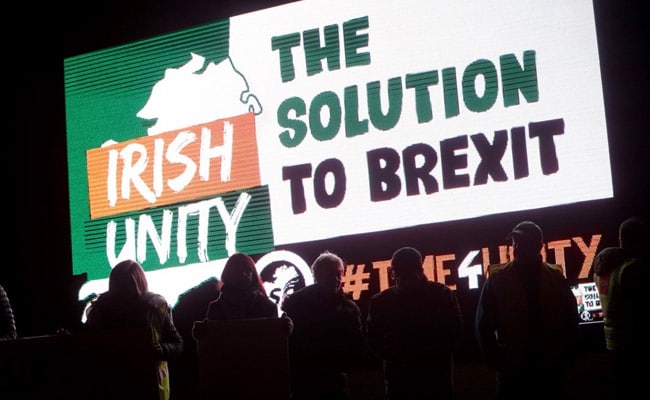 "As things stand, we could not support what is being suggested on customs and consent issues, and there is a lack of clarity on VAT (value added tax)," the DUP, which backs Johnson's government, said in a brief statement on Twitter.

"We will continue to work with the government to try and get a sensible deal that works for Northern Ireland and protects the economic and constitutional integrity of the United Kingdom."

The statement was seen as a major setback for Johnson, who would most likely need the support of his DUP allies in parliament for any deal agreed in Brussels.

It came as British and EU negotiators worked late into the night in the hopes of presenting a last-minute Brexit deal to leaders meeting for a European summit.

Both sides said they were close to finding a basis for a treaty to ensure Britain heads for a managed withdrawal from the European bloc it has been part of for nearly half a century.

But officials had to iron out details on how Northern Ireland, which is part of the UK, would remain under the European scheme for sales tax.

The pound fell 0.5 percent against the dollar and the euro within minutes of the announcement. A pound was worth 1.2759 dollars and 1.1525 euros.

"Comfort for the DUP"

Housing Secretary Robert Jenrick told BBC television: "We always knew these negotiations were going to be difficult and we're going to go down to the line."

Asked whether Johnson would meet the DUP again on Thursday, Jenrick said: "The prime minister and his team are in intensive negotiations with all parties, including with the DUP.

"We want to provide sufficient comfort for the DUP and unionists in Northern Ireland to feel that the arrangements we would put in place with this deal are sufficient to give them comfort to support it."

British politics expert Professor Tim Bale, deputy director of The UK in a Changing Europe think-tank, said the DUP would struggle with any deal that created new divisions between the province and the rest of the UK -- the antithesis of Northern Irish unionism.

"It would be seen by some on their side as representing a surrender," he said.

"They would have to explain what on Earth the last two years have been about if they were to fold."

Mairead McGuinness, first vice president of the European Parliament, from Ireland's governing Fine Gael party, told BBC radio: "Whatever optimism we had last night has been dampened a little.

"It would be quite concerning if one political party can delay everything or have a veto over everything. The numbers in the House of Commons are very tight.

"It is of concern that one party is holding this up."