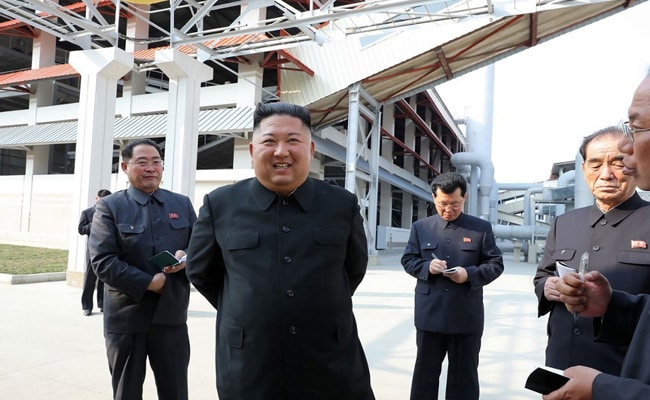 Propaganda reports Saturday about Kim's visit to a fertilizer factory northeast of Pyongyang didn't make the slightest allusion to the global speculation about his health in recent weeks. That left observers to glean what they could from visual cues about the supreme leader's appearance, entourage and surroundings.

Here are some things they noticed:

Kim, 36, who has gained considerable weight since taking power in 2011, didn't show any obvious sign of the sort of weight-loss that might follow a serious health scare. He was wearing a Mao suit and sporting what looked like a fresh hair cut.

Speculation about Kim's whereabouts had mounted since his unprecedented absence from annual events to celebrate the April 15 birthday of his grandfather, state founder Kim Il Sung. U.S. officials said they were told Kim was in critical condition after undergoing a cardiovascular procedure. He was last seen in state media on April 12.

Jeffrey Lewis, director of the East Asia Nonproliferation Program at the Middlebury Institute of International Studies, quipped on Twitter: "Well, I wouldn't say Kim looks healthy, but he definitely doesn't look dead." One user with the handle @MaryMaryQ3 agreed, replying "Ashy and bloated."

Kim's younger sister, Kim Yo Jong, was among those standing closest to the leader in several photographs from the Sunchon Phosphatic Fertilizer Factory visit. Such proximity is often used by North Korean propaganda organs to indicate the leader's favor and might show that the worldwide discussion about her taking his place hadn't damaged her standing.

Kim Yo Jong, 30, also appeared to be wearing a makeup and a hair band -- both new additions according to Jeongmin Kim, a correspondent with the Seoul-based NK News website. The change in appearance could suggest she was aware of her new, higher profile. 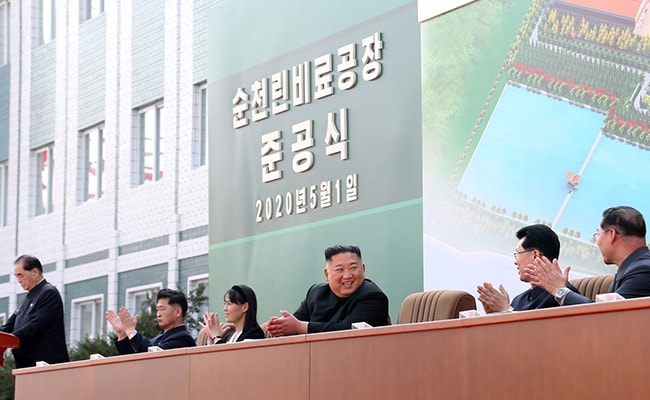 Kim Jong Un was wearing a Mao suit and sported what looked like a fresh hair cut.

At least one member of Kim's entourage could be seen wearing a face mask, keeping alive speculation that Covid-19 is still concern in North Korea. The Seoul-based JoongAng Daily newspaper reported last week that the North Korean leader had been in self-quarantine after one of his bodyguards was confirmed with the coronavirus infection.

North Korea closed its borders shortly after China acknowledged the risk of human-to-human transmission in January and cases surged. Kim's regime has said it has no confirmed infections from the virus.

A green golf cart pictured behind Kim also caught analysts' attention. It's similar to one seen when Kim returned from an almost six-week absence in October 2014, walking with a cane and facing speculation that he was battling gout.

On the other hand, the factory site looks extensive and anyone might need a cart to get around. Kim used a similar vehicle to give Chinese President Xi Jinping a tour during his visit last year to Pyongyang.

NOTE: Kim Jong Un has a golf buggy in the background of this photo.

He also used a buggy after his 2014 disappearance, which necessitated medical treatment for his leg pic.twitter.com/lIjSHXn2xH

The same photo shows one official holding a slender white stick, initially thought by some to be a cane. It was seen in another picture being used as a pointer in a presentation about the plant.
The development of the factory itself has been closely watched in open-source satellite analysis for years. The plant is suspected of having a dual-use capability that would help North Korea produce yellow cake uranium for its weapons. 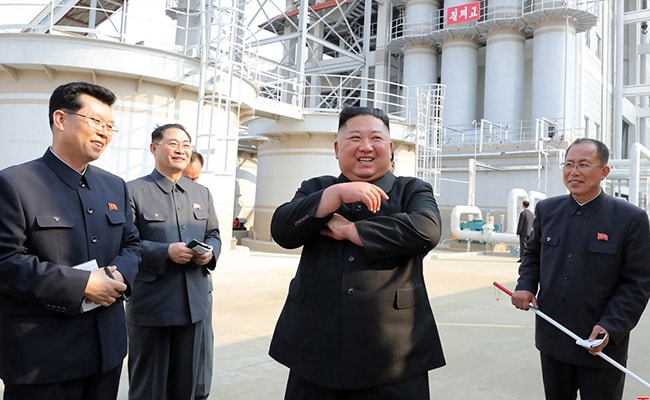 The same photo shows one official holding a slender white stick, initially thought by some to be a cane.

North Korea has a history of altering photos and obscuring key details related to its military, knowing that specialists will use sophisticated software and visual clues to locate events and parse details about the performance of its latest weapons.

(With assistance from Kanga Kong.)