As the deadline looms for Britain's departure from the European Union, there's still widespread uncertainty about how the divorce will be finalized. 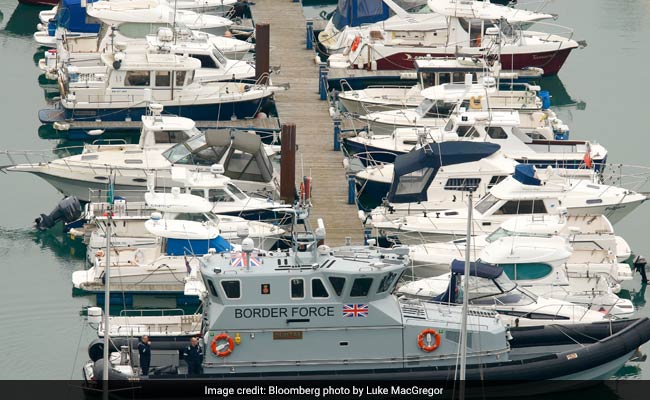 A "no-deal" Brexit could have dire economic consequences

Whether there's a Brexit deal or not, Brits will still have their tinned goods, toilet paper and wine. At least, those panicking over the prospects of no-deal Brexit certainly will.

As the deadline looms for Britain's departure from the European Union, there's still widespread uncertainty about how the divorce will be finalized. If Parliament can't pass a deal with the European Union, a "no-deal" Brexit could have dire economic consequences. So some Brits are stockpiling goods they fear will soon be inaccessible - everything from basic necessities to some less vital items. "In case of a No Deal Brexit, I'm stockpiling Nutella in my belly," declared one Twitter user.

Here are a few ways other ways Brits are preparing for the possibility of a no-deal Brexit scenario:

On Monday, Britain's transport ministry had 87 trucks drive from Manston Airport to Dover, home to one of Europe's busiest ports. The idea was to see how to handle traffic in the event of backup due to a border closure.

But critics said the exercise was an unrealistic simulation and a colossal waste of taxpayer money. "Less than a hundred lorries is a drop in the ocean compared to the more than 10,000 that go to the channel ports every day," Charlie Elphicke, a Conservative lawmaker from Dover, told Reuters.

In December, Channel 4′s Health correspondent, Victoria Macdonald, reported that Britain's National Health Service had ordered 5,000 new fridges as part of its no-deal contingency planning. "The concerns are that so many drugs come in from Europe, the last thing they want to see happening is for them to be stuck at Dover, because they often have short shelf life," she said.

"I've become the largest buyer of fridges in the world," admitted Health Secretary Matt Hancock on BBC Newsnight. "I didn't expect that."

Hancock came under fire for those comments, as anti-Brexit campaigners and commentators declared that the risk to NHS patients is "irresponsible." Others have questioned the cost of stockpiling refrigerators and suggested that the funds would be better spent on reviving the NHS.

On Tuesday, British radio stations began broadcasting advertisements for a government-run website that can help answer questions about post-Brexit life. The ads featured Europeans with different accents asking questions about how Brexit will affect them personally, directing them to a site called "Prepare for EU Exit." Visitors can use the site to look up how Brexit will affect businesses and individuals depending on their passports and residencies.

The ads didn't go over so well with those campaigning to stay in the EU. "This dreadful ad campaign is a metaphor for Brexit - terrible from start to finish," said Labour lawmaker Jo Stevens. The website "looked like it was made by some children in their lunch break," she said.

Keeping bikes on the road may be less important that keeping medicines fresh, but folding-bike manufacturer Brompton Bicycle is also stockpiling parts and renting additional warehouse space just in case. Their additional material purchases are valued at around $1.27 million, the Guardian reported this week. The company said it would rather dish out for extra storage space now than risk running out of parts later.

Brompton is just one of a number of manufacturers, including chocolate, butter and cheesemakers, preparing for potential shortages in materials they need to keep their businesses running. "The most important thing is that we are going to continue to make it through Brexit," said Will Butler-Adams, the company's chief executive, to the Guardian. "The rest we'll muddle through."

Don't worry: Emergency plans are in place to make sure that Brits don't run out of wine, either. Majestic Wine, a British retailer, has decided to increase its stock of wine to between 1 and 1.5 million bottles from various European countries, the Guardian reported.

"We feel highly confident that no one will miss their Sunday lunch tipple as a result of Brexit," said the wine retailer's chief executive, Rowan Gormley.

(Except for the headline, this story has not been edited by NDTV staff and is published from a syndicated feed.)
Comments
BrexitNo Deal BrexitBritain

International Travelers Will Need To Be Vaccinated Against Covid, Says Qantas Chief