New Zealand has been battling a coronavirus outbreak since the first locally transmitted case in six months was detected in mid-August, thrusting the country of five million into lockdown. 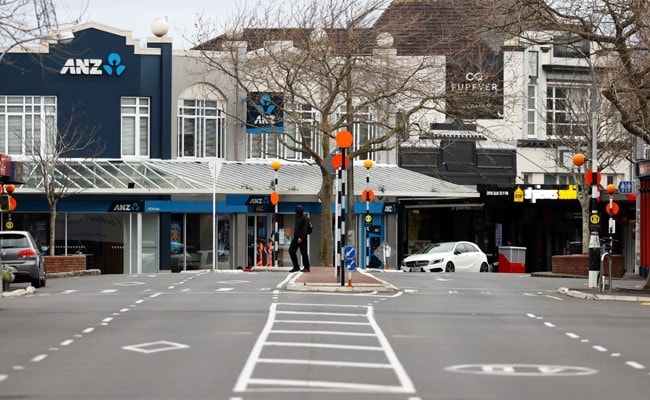 The woman was the 27th person to die with Covid-19 in New Zealand. (File photo)

New Zealand recorded its first Covid-related death in six months Saturday, but health authorities said there were signs the outbreak of the highly infectious Delta variant was coming under control.

A woman in her 90s, who had underlying health conditions and could not receive a ventilator or intensive care support, died in an Auckland hospital on Friday night.

She is the 27th person to die with Covid-19 in New Zealand and the first recorded since February 16 this year.

Authorities said the woman was a household contact of a person who had already tested positive for the virus in Auckland, New Zealand's largest city with a population of around 1.7 million.

New Zealand has been battling a coronavirus outbreak since the first locally transmitted case in six months was detected in mid-August, thrusting the country of five million into lockdown.

Since then, 782 cases have been recorded, primarily in Auckland, which remains at its highest level of restrictions while the rest of the country has eased back restrictions.

The death was "a deeply sad reminder of why the measures we are undertaking right now are so important," Prime Minister Jacinda Ardern said.

"Our older New Zealanders and those with underlying health issues are by far the most at risk from the virus, and one of the reasons lockdowns are such an important tool to stop its spread."

Only 20 new positive cases were reported Saturday, down from a peak in the latest outbreak of 84 last weekend.

Caroline McEnlay, the director of public health, has described the declining numbers over the past week as "encouraging" and said, "we are being successful in breaking the chain of transmission."