In order to explore an asteroid worth more than the global economy, NASA will launch the "Psyche" mission. 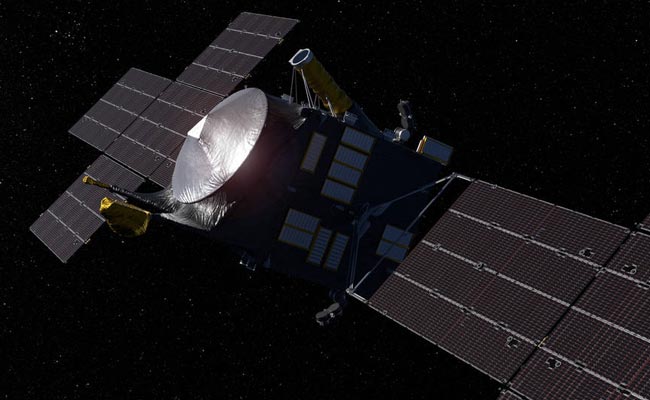 NASA is targeting October 2023 for the launch of its Psyche mission.

A mission to investigate the metal-rich asteroid Psyche, which might be the exposed core of a long-dead planet, has been given the go-ahead by NASA. The mission's fate had previously been in doubt after technical difficulties made it miss its 2022 launch window.

According to Forbes, 16 Psyche, a 140-mile-wide/226-kilometer-wide asteroid could contain a core of iron, nickel and gold worth $10,000 quadrillion.

"NASA's Psyche spacecraft was set to launch in August 2022 and arrive at the asteroid in 2026. However, software issues and mission development problems meant the mission missed its window," the news outlet further reported.

Due to development delays, the Psyche mission is now aiming for a launch window in 2023 after missing its scheduled window this year.

After conducting an internal evaluation of the problems that caused the project's delay, NASA chose to move forward with the Psyche mission, the space agency announced on Friday.

"I appreciate the hard work of the independent review board and the JPL-led team toward mission success," said Thomas Zurbuchen, associate administrator of NASA's Science Mission Directorate in Washington. "The lessons learned from Psyche will be implemented across our entire mission portfolio. I am excited about the science insights Psyche will provide during its lifetime and its promise to contribute to our understanding of our own planet's core."

According to NASA, the Psyche mission is a journey to a unique metal asteroid orbiting the Sun between Mars and Jupiter. What makes the asteroid Psyche unique is that it appears to be the exposed nickel-iron core of an early planet, one of the building blocks of our solar system.

Odisha Minister Shot Twice In The Chest By Cop