The Joint Investigation Team "has come to the conclusion that the BUK-TELAR that shot down MH17. 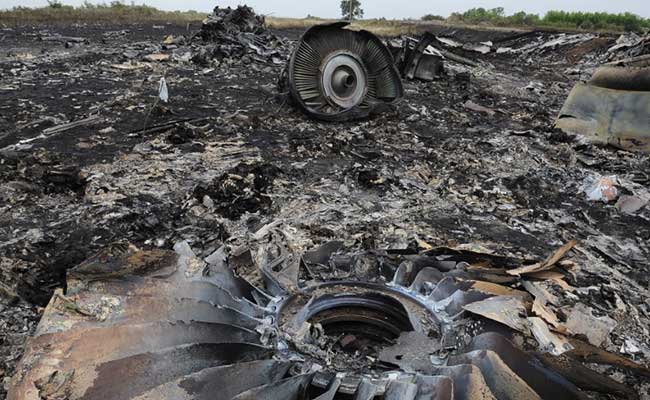 The missile used to shot down the plane was transported from a Russian military brigade. (File)

Investigators probing the 2014 downing of flight MH17 said Thursday for the first time that the missile which brought down the plane over eastern Ukraine came from a Russian military brigade.

The Joint Investigation Team "has come to the conclusion that the BUK-TELAR that shot down MH17 came from 53rd Anti-aircraft Missile Brigade based in Kursk in Russia," top Dutch investigator Wilbert Paulissen said.

"The 53rd Brigade forms part of the Russian armed forces," he told reporters at a press conference in the Netherlands.

The Malaysian Airlines flight was blown out of the sky over conflict-torn eastern Ukraine on July 17, 2014 while en route from Amsterdam to Kuala Lumpur.

All 298 passengers and crew, most of them Dutch, were killed in the disaster. But there were 17 nationalities on board including Australians, Britons, Malaysians and Indonesians.

The investigators had previously concluded that the plane was hit by a Russian-made BUK missile system brought in from Russia and fired from territory in Ukraine held by Moscow-backed rebels. But they have stopped short of directly saying who pulled the trigger.

Now the team has painstakingly recreated the route taken by the missile convoy from Kursk towards the border into Ukraine using videos and photos.

Paulissen said the team had "ascertained that the BUK-TELAR has a number of unique characteristics. These characteristics as such served as a type of fingerprint for the missile."

"We are convinced that our findings justify the conclusions that the BUK-TELAR which was used came from the 53rd Brigade which is part of the military of the Russian Federation," he added.

Moscow has repeatedly denied any involvement in the downing of the Boeing 777 flight, putting the blame instead on Kiev. 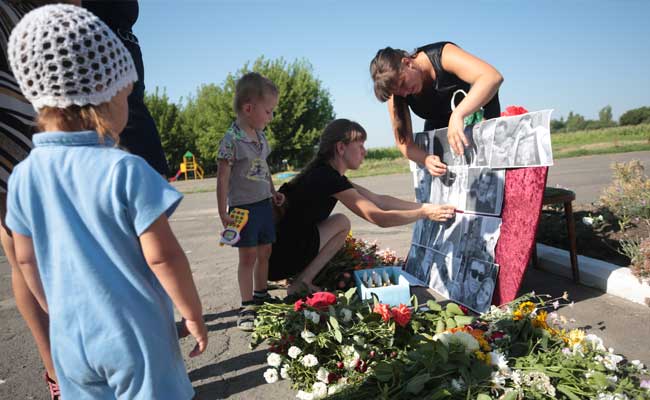 298 trees have been planted in the shape of a green ribbon, one for each of the victims who died on board the Malaysia Airlines flight

The probe being led by the Netherlands is focusing on some 100 people suspected of having played an "active role" in the incident, but investigators have not yet publicly named any suspects.

They have identified two people, who go by the aliases Orion and Delfin, as top suspects after obtaining their wire-tapped conversations before and after the plane was shot out of the sky.

Chief investigator Fred Westerbeke said Thursday the probe was now in its "last phase" but added there was "still work to be done".

Over the past years "we've gained a lot of proof and evidence but we are not ready yet" to move towards bringing charges, he told the press conference.

'Important piece of the puzzle'

Dutch officials have announced any suspects arrested in the shooting down of flight MH17 will be tried in the Netherlands under an agreement reached with the countries leading the joint probe.

Dutch Foreign Minister Stef Blok, who recently held talks in Moscow about MH17, said Thursday's revelations were "an important piece of the puzzle."

The team's "serious conclusions" meant "we now have more clarity with respect to the downing of MH17, in particular for the next of kin," Blok added.

Families of the victims meanwhile have penned an open letter to "the Russian people" speaking of their continued grief and heartache, even as Russia prepares to host the football World Cup.

"We appeal again for the Russian government to cooperate fully with the international investigation into MH17," they said in the letter published in the Novaya Gazeta.

"It will not bring our families back, but the truth does matter, the truth does exist and we want those responsible for MH17 to be identified and held accountable."

Promoted
Listen to the latest songs, only on JioSaavn.com
They also took issue with the "vile and deceitful campaign" by the Russian media saying it was "misinformation intended to distract and confuse, to create an alternative reality."

(This story has not been edited by NDTV staff and is auto-generated from a syndicated feed.)
Comments
MH 17Ukraine