The decision is significant as some CDU members are starting to look ahead to a post-Merkel era and think about potential alternatives to lead their party and country. Merkel herself was CDU secretary general before becoming chancellor. 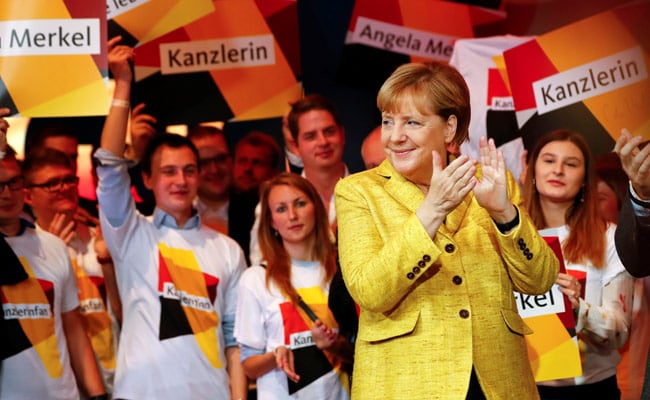 The decision is significant as some CDU members are starting to look ahead to a post-Merkel era and think about potential alternatives to lead their party and country. Merkel herself was CDU secretary general before becoming chancellor.

Outgoing secretary general Peter Tauber is giving up the role after a period of illness.

Sometimes dubbed "mini Merkel" by German media, Kramp-Karrenbauer, 55, is highly regarded in her party for winning an election in her region last year that lifted the CDU's national standing ahead of a Sept. 24 federal vote.

Merkel proposed that Kramp-Karrenbauer become the CDU's new secretary general at a meeting on Monday of the party's executive committee. She is now expected to be voted into the role at a Feb. 26 CDU party congress.

"There was unanimous support," said one participant at Monday's meeting.

Though Merkel has said she is available as chancellor for four years, the succession debate has been supercharged by the inclusion of a clause in a coalition deal with the Social Democrats (SPD) that envisages a review of the next government's progress after two years to assess whether any changes to its mission are needed.

Kramp-Karrenbauer - also known as "AKK" after her initials - increased the CDU's share of the vote in the Saarland election last March despite their centre-left SPD rivals appearing to build momentum in the run-up to the vote.

The win helped build momentum for the CDU, which won three regional polls last year before coming first in September's national election, albeit with a reduced result as the vote fractured.

"I think she's really good," one CDU lawmaker, speaking on condition of anonymity, said of Kramp-Karrenbauer. "She can win elections and in politics there is only one currency that counts: winning elections."

By taking on the CDU secretary general role, Kramp-Karrenbauer will build up her network in the party, something she has had only limited ability to do as premier of Saarland, a state of just 1 million people that borders France.

A fluent French speaker, she commands respect in the party for her serious, factual approach to policymaking. She impressed the chancellor last month when, after a car crash, she continued work on coalition negotiations from her hospital bed.