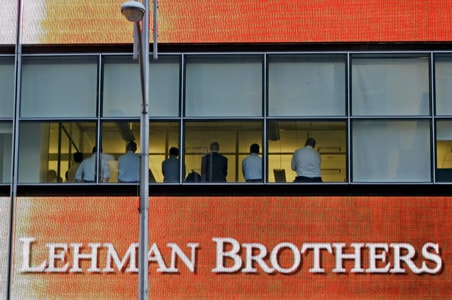 New York: It is the Wall Street equivalent of a coroner's report - a 2,200-page document that lays out, in new and startling detail, how Lehman Brothers used accounting sleight of hand to conceal the bad investments that led to its undoing.

The report, compiled by an examiner for the now-bankrupt bank, hit Wall Street with a thud late Thursday. The 158-year-old company, it concluded, died from multiple causes. Among them were bad mortgage holdings and, less directly, demands by two rivals, JPMorgan Chase and Citigroup, that the foundering bank post collateral against loans it desperately needed.

But the examiner, Anton R. Valukas, also for the first time laid out what the report characterized as "materially misleading" accounting gimmicks that Lehman used to mask the perilous state of its finances. The bank's bankruptcy, the largest in American history, shook the financial world. Fears that other banks might topple in a cascade of failures eventually led Washington to arrange a sweeping rescue for the nation's financial system.

According to the report, Lehman used what amounted to financial engineering to temporarily shuffle $50 billion off its books in the months before its collapse in September 2008 to conceal its dependence on leverage, or borrowed money. Senior Lehman executives, as well as the bank's accountants at Ernst & Young, were aware of the moves, according to Valukas, a partner at the law firm Jenner & Block, who filed the report in connection with Lehman's bankruptcy case.

Fuld was "at least grossly negligent," the report states. Henry M. Paulson Jr., who was then the Treasury secretary, warned Fuld that Lehman might fail unless it stabilized its finances or found a buyer.

Lehman executives engaged in what the report characterized as "actionable balance sheet manipulation," in addition to "nonculpable errors of business judgment."

The report draws no conclusions as to whether Lehman executives violated securities laws. But it does suggest that enough evidence exists for potential civil claims. Lehman executives are already plaintiffs in civil suits, but have not been charged with criminal wrongdoing.

The report comes more than a year and a half after much of Lehman was sold to Barclays, which occupies Lehman's former offices in Midtown Manhattan.

A large portion of the nine-volume report centers on the accounting maneuvers, known inside Lehman as "Repo 105."

First used in 2001, long before the crisis struck, Repo 105 involved transactions that secretly moved billions of dollars off Lehman's books at a time the bank was under heavy scrutiny.

According to Valukas, Fuld ordered Lehman executives to reduce the bank's debt levels, and senior officials sought repeatedly to apply Repo 105 to dress up the firm's results.

Other executives named in the examiner's report in connection with the use of the accounting tool include three former Lehman chief financial officers: Christopher O'Meara, Erin Callan and Ian Lowitt.

Patricia Hynes, a lawyer for Fuld, said in an e-mailed statement that Fuld "did not know what those transactions were - he didn't structure or negotiate them, nor was he aware of their accounting treatment."

Charles Perkins, a spokesman for Ernst & Young, said in an e-mailed statement: "Our last audit of the company was for the fiscal year ending Nov. 30, 2007. Our opinion indicated that Lehman's financial statements for that year were fairly presented in accordance with Generally Accepted Accounting Principles (GAAP), and we remain of that view."

Bryan Marsal, Lehman's current chief executive who is unwinding the firm, said in a statement, "We have just received this voluminous report and will carefully evaluate it in the coming weeks to assess how it might help us in our ongoing efforts to advance creditor interests."

Repos, short for repurchase agreements, are a standard practice on Wall Street, representing short-term loans that provide sometimes crucial financing. But Lehman used aggressive accounting in its Repo 105 transactions, allowing them to move withering assets off its books to help hit end-of-quarter targets.

In a series of e-mail messages cited by the examiner, one Lehman executive writes of Repo 105: "It's basically window-dressing." Another responds: "I see ... so it's legally do-able but doesn't look good when we actually do it? Does the rest of the street do it? Also is that why we have so much BS ((balance sheet)) to Rates Europe?" The first executive replies: "Yes, No and yes. :)"

Valukas writes in the report that "colorable claims" could be made against some former Lehman executives and Ernst & Young, meaning that enough evidence existed that could lead to the awarding of damages in a trial. He added that Lehman's directors were not aware of the accounting engineering.

By his reckoning, Lehman managed to "shed" about $39 billion from its balance sheet at the end of the fourth quarter of 2007, $49 billion in the first quarter of 2008 and $50 billion in the second quarter. At that time, Lehman sought to reassure the public that its finances were fine - despite pressure from short-sellers.

Executives, including Herbert McDade, who was known internally as the firm's "balance sheet czar," seemed aware that repeatedly using Repo 105 was disguising the true health of the investment bank. "I am very aware ... it is another drug we r on," he wrote in an April 2008 e-mail cited by the examiner's report.

By May and June of 2008, a Lehman senior vice president, Matthew Lee, wrote to senior management and the firm's auditors at Ernst & Young flagging "accounting improprieties." Neither Lehman executives nor Ernst & Young alerted the firm's board about Lee's allegations, according to the report.

Promoted
Listen to the latest songs, only on JioSaavn.com
Fuld is described in the examiner's report as denying having knowledge of the Repo 105 transactions, though he recalled issuing several directives to reduce the firm's debt levels. McDade is reported as telling Fuld about using Repo 105 to achieve that goal.