Breastfeeding members of the chamber of deputies will be allowed to sit in the top row of the assembly, or in a reserved gallery. 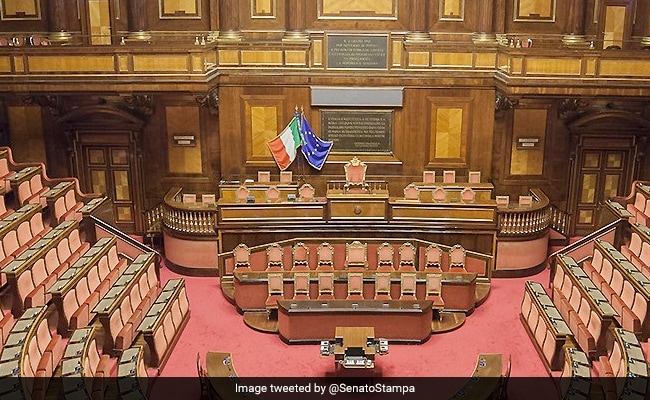 However, breastfeeding in the chamber will only be allowed until the infant's first birthday.

Italian women MPs will be allowed to breastfeed their children in the Chamber during debates, the committee responsible for the Chamber's rules announced Tuesday.

Breastfeeding members of the chamber of deputies will be allowed to sit in the top row of the assembly, or in a reserved gallery.

However, breastfeeding in the chamber will only be allowed until the infant's first birthday.

Up to now breastfeeding parents have had to isolate themselves in a separate room set aside for the purpose.

"This good practice, which guarantees the full enjoyment of an inalienable right, is a strong signal from the most representative assembly in Italian democracy," said Gilda Sportiello, MP for anti-establishment Five Star Movement (MS5), who initiated the parliamentary reform.

"Every woman should be able to breastfeed wherever she wants," she added.

The M5S, a populist party that came out on top in the 2018 legislative elections, had many young mothers elected to parliament and has been campaigning to enable them to better combine work and family life.

Far-right MP Giorgia Meloni, who became prime minister at the end of October, had herself proposed such a measure in 2019 as part of her fight to make it easier for young mothers to work and to boost the birth rate in a country going through a "demographic winter".

The leader of the Forza Italia (right-wing) group in the Senate, Licia Ronzulli, also welcomed the reform. As a young MEP, she was breastfeeding in the Strasbourg parliament where it is allowed. Photos of her and her baby had made headlines in Italy.

"On the reconciliation of work and family, the institutions, called to legislate in this sense, must set an example," she tweeted.

"Experienced Racism In My Life, But...": Rishi Sunak