Oymyakon, Russia, the coldest continually inhabited community in the world, was a mere -20 degrees yesterday. 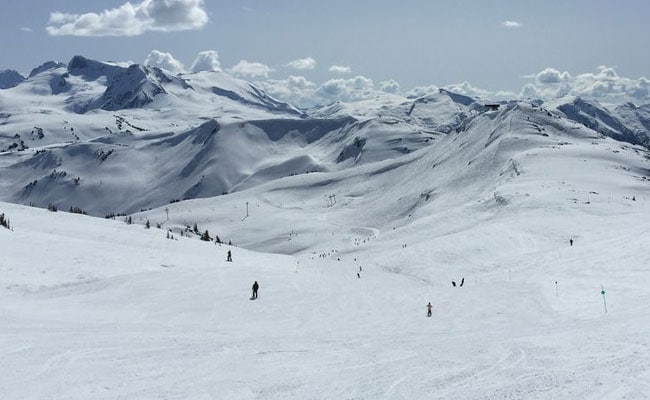 On Thursday, the temperature on Mars hit -20 degrees Fahrenheit.

That might have felt positively balmy to some Canadians, who are shivering through a frigid cold snap. This week, temperatures across the country dropped way, way, way below freezing. In Edmonton and Yellowknife, it felt like -40 degrees. Things felt just about as cold in Saskatoon and Regina, located near the middle of the country. In Ottawa and Toronto, it felt like -20 degrees with the windchill.

For comparison: It's about 1 degree at Antartica's Amundsen-Scott weather station. It's "summer" down there. On Thursday, the Mars Gale Crater reached -9.4 degrees, making it feel warmer than Saskatoon, Montreal and Calgary. (At night, NASA's Curiosity rover recorded lows of -112 degrees. So, take heart, Canadians! It's warmer in Canada than Mars in the dead of night.)

Oymyakon, Russia, the coldest continually inhabited community in the world, was a mere -20 degrees yesterday.

The cold temperatures have wreaked havoc on the country's infrastructure. It's so cold that electric poles are snapping in Nova Scotia, leaving 158,000 people without power. It's cold enough that ice skating has been canceled, and windows are breaking.

As Environment Canada explains, Canada has seen temperatures this low in the stretch between Christmas and New Year's. What is unusual is the amount of time this snap is hanging around. Extreme weather warnings are in effect through the weekend, and a lot of New Year's Eve festivities have been canceled.

"The size of this cold wave in terms of geographical distribution is quite exceptional for this early in the winter season," Environment Canada meteorologist Alexandre Parent told CTV. "What's also exceptional is the duration of this episode."

Temperatures haven't been this low since 1993, he said.

Promoted
Listen to the latest songs, only on JioSaavn.com
Senior climatologist Dave Phillips told CBC News Network the freezing temperatures will last through the New Year. "This cold air is like molasses: it fills all the nooks and crannies and it sticks there, and it's hard to get it out," he said Wednesday.