British Airways is seeking to limit the damage to its reputation and has apologised to customers after hundreds of flights were cancelled over a long holiday weekend. 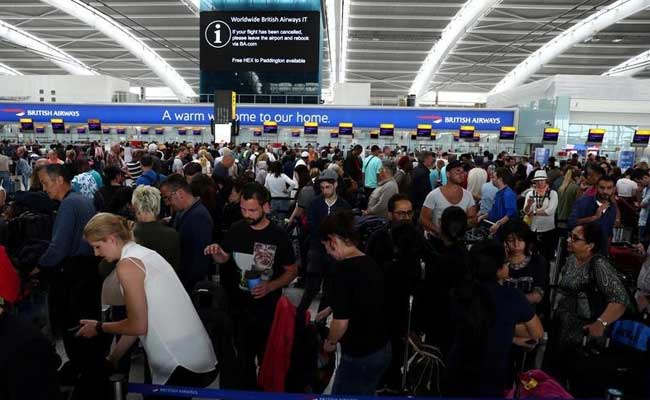 The power surge was so strong it made British Airways back-up system ineffective.

London: A huge IT failure that stranded 75,000 British Airways passengers followed damage to servers that were overwhelmed when the power returned after an outage, the airline said on Wednesday.

BA, part of airline group IAG, is seeking to limit the damage to its reputation and has apologised to customers after hundreds of flights were cancelled over a long holiday weekend.

The airline provided a few more details of the incident in its latest statement on Wednesday. While there was a power failure at a data centre near London's Heathrow airport, the damage was caused by an overwhelming surge once the electricity was restored, it said.

"There was a total loss of power at the data centre. The power then returned in an uncontrolled way causing physical damage to the IT servers," BA said in a statement.

"It was not an IT issue, it was a power issue."

Investigations were continuing into the cause of the power surge, it added.

BA had already spoken of an "exceptional power surge" in a statement on Monday, which had been so strong that it rendered the back-up system ineffective.

BA Chief Executive Alex Cruz has also rejected criticism from trade union GMB that the outage could have been avoided had it not decided to outsource IT staff to India.

IAG Chief Executive Willie Walsh, who had been silent in the media in the immediate aftermath, admitted the fiasco had damaged BA's brand but denied that its IT centres were too old.

"We invest billions in new equipment. If investment is required, we make the investment," Walsh was quoted as saying by the Times newspaper.

Experts have questioned how a power surge in one location could knock out both a main IT system and a back-up system.

Rival airline Ryanair has said it has IT systems in three different locations to minimise the risks of a similar outage.

"It is unfortunate that an established airline such as British Airways has proven to be so vulnerable," said Nadejda Popova, a travel project manager at Euromonitor.

"It's shown that they have poor risk management - this was an illustration of what not to do."

(Except for the headline, this story has not been edited by NDTV staff and is published from a syndicated feed.)
Comments
British AirwaysIT failureBritish Airways flight statusHeathrow AirportGatwick Airport