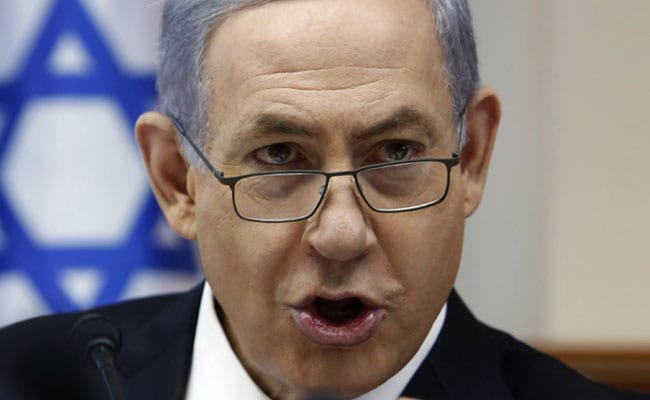 "The only way to reach an agreement is through bilateral negotiations, and we will forcibly reject any attempts to force upon us international dictates," Netanyahu said at the weekly cabinet meeting.

French Foreign Minister Laurent Fabius will hold separate talks with Palestinian and Israeli leaders today during a tour of the region.

Without mentioning France, Netanyahu said that the proposals put forth on creating a separate, independent Palestinian state had neglected to address vital Israeli security concerns.

"In the international proposals that have been suggested to us which they are actually trying to force upon us there is no real reference to Israel's security needs or our other national interests," Netanyahu said in comments quoted by his office.

"They are simply trying to push us into indefensible borders while completely ignoring what will happen on the other side of the border."

Fabius, during a visit to Cairo on Saturday, urged the resumption of Middle East peace talks, while warning that continued Israeli settlement building on land the Palestinians want for a future state would damage chances of a final deal.

Peace talks between Israel and the Palestinians have been comatose since a major US push for a final deal ended in failure in April 2014.