"Irritable Bowel Syndrome" May Be A Symptom Of "Gravity Intolerance": Study

The study examines the impact of gravity on human evolution, considers how we have inadequately evolved to control this force of gravitation. 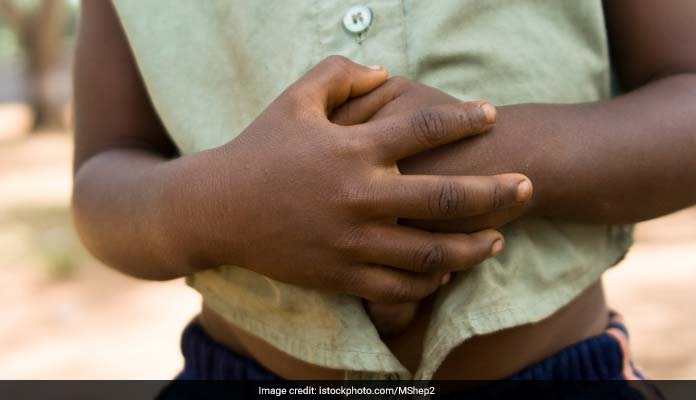 According to a researcher, the body's inability to control gravity causes IBS.

If someone tells you that gravity and the gut are related, you might find that hard to believe. However, a recent scholarly idea contends that the unstoppable force of gravity is currently acting on your colon and may be causing significant distress for some individuals with irritable bowel syndrome (IBS).

In a paper published in The American Journal of Gastroenterology, gastroenterologist Brennan Spiegel of Cedars-Sinai hospital in Los Angeles stated that IBS is caused by the body's inability to manage gravity. Dr Brennan Spiegel explains that our bowels are like a large potato sack that we are destined to carry for our entire lives.

Our diaphragm can slip down and squeeze our intestines if our body's normal control of gravity fails for any reason, which could result in motility problems and bacterial overgrowth.

"Our nervous system also evolved in a world of gravity, and that might explain why many people feel abdominal 'butterflies' when anxious," says Spiegel.

"It's curious that these 'gut feelings' also occur when falling toward Earth, like when dropping on a roller coaster or in a turbulent airplane. The nerves in the gut are like an ancient G-force detector that warns us when we're experiencing-or about to experience - a dangerous fall. It's just a hypothesis, but people with IBS might be prone to over-predicting G-force threats that never occur."

The good thing about Spiegel's theory is that it can be easily tested and does not rule out alternative IBS explanations.

Also Read | Irritable Bowel Syndrome: Watch Out For These Warning Signs And Symptoms

Let's go through the basics of this digestive problem as well as the red flags and symptoms.

Irritable bowel syndrome (IBS) is a chronic disorder of the large intestine or colon. It is the most common gastrointestinal disorder. It affects twice as many women as men and usually begins in early adulthood. Although IBS can cause much distress, it does not lead to a life-threatening disease. It is also known as spastic colon. It is a condition of abnormally increased spontaneous movement of the small and large intestines, generally exacerbated by emotional stress.

What are the causes?

The cause of IBS is not fully understood. Most symptoms of IBS probably result from abnormal muscle movement or spasm of the lower part of the colon. Sometimes the spasm delays bowel movements. At other times, it may lead to more rapid passage of stool, resulting in diarrhea. In either case, the spasm causes abdominal cramps. A specific food item may trigger the attacks. Spasms may also be triggered by stress or depression.

The most common symptoms include: cramping and pain in the abdomen, which may be severe. Constipation or diarrhea, a lot of gas Bloating, a feeling of fullness in the rectum Symptoms often occur after eating a big meal or when under stress. The symptoms may be temporarily relieved by having a bowel movement.

Long-Range Weapons From West For Ukraine Will Not Deter Russia: Kremlin