Iran Lodges Complaint In World Court Against US Over Renewed Sanctions

The complaint was registered the previous day, spokesman Bahram Ghasemi said on the ministry's website. 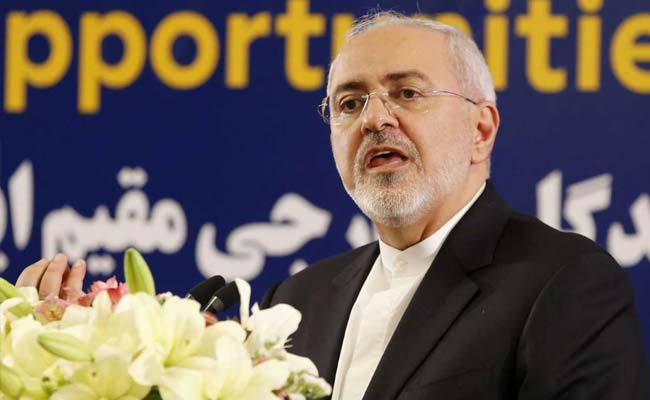 Goal is to hold US accountable for its unlawful re-imposition of sanctions, says Mohammad Zarif (AFP)

Iran has lodged a complaint with the International Court of Justice against the United States' reimposition of sanctions, the foreign ministry said on Tuesday.

The complaint was registered the previous day, spokesman Bahram Ghasemi said on the ministry's website.

The goal is "to hold US accountable for its unlawful re-imposition of unilateral sanctions," Foreign Minister Mohammad Javad Zarif wrote on Twitter.

"Iran is committed to the rule of law in the face of US contempt for diplomacy and legal obligations. It's imperative to counter its habit of violating (international) law," he added.

The complaint came in response to Washington's decision in May to abandon the 2015 nuclear deal and reimpose sanctions on Iran.

Tehran says the action violates international obligations, including the 1955 US-Iran Treaty of Amity -- an agreement signed well before Iran's 1979 revolution, but which is still invoked in ongoing legal battles.

Iran and the US have not had diplomatic relations since 1980 when American embassy officials were held hostage in Iran.

Nuclear-related sanctions will be reimposed by Washington in two phases in August and November, seeking to bar European and other foreign companies from doing business with Iran and blocking its oil sales abroad.

The ICJ is already due to hear a complaint on October 8 that Iran lodged two years ago against the United States for freezing around $2 billion (1.7 billion euros) of its assets held abroad.

(Except for the headline, this story has not been edited by NDTV staff and is published from a syndicated feed.)
Comments
IranUS sanctions