International Space Station Has Enough Supplies Till Next Summer: Russia

ISS Russian segment Vladimir Solovyov, also a cosmonaut, made the remarks at a lecture at the Moscow State University, 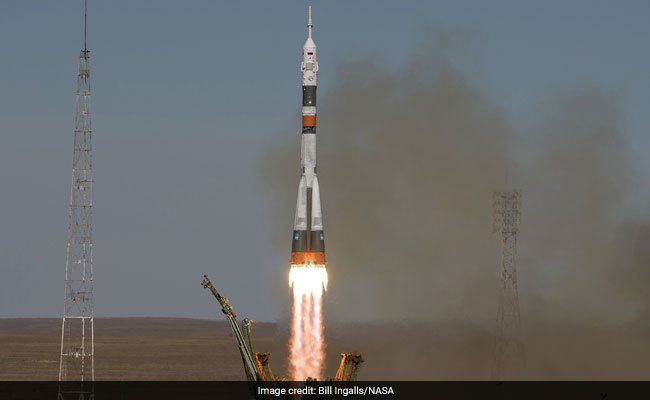 Russia's Soyuz spacecraft is currently the only vehicle for spaceflights between the ISS and the Earth.

The International Space Station (ISS) has enough supplies of food, water and life-supporting materials until the next summer, mission control head of the ISS Russian segment Vladimir Solovyov said on Sunday.

Mr Solovyov, also a cosmonaut, made the remarks at a lecture at the Moscow State University, after a Russian spacecraft failed to deliver new crew and materials to the station, according to TASS news agency.

The capsule of the Russian Soyuz MS-10 spacecraft with Russian cosmonaut Alexei Ovchinin and US astronaut Nick Hague on board made an emergency landing in Kazakhstan on Thursday after the carrier rocket malfunctioned shortly after lift-off.

Russia then suspended manned space missions and is investigating the cause of the incident. Russia's Soyuz spacecraft is currently the only vehicle for spaceflights between the ISS and the Earth.

They flew to the orbit taking Russia's Soyuz MS-09 spacecraft that blasted off on June 6 and they are scheduled to stay on board the space station for 187 days.

A minor air leak was detected on August 30 on the Soyuz MS-09 spaceship that is docked to the ISS. Astronauts on board patched up the leak on the next day.

The Russian state space corporation Roscosmos formed an investigation commission, but it has yet to publish the conclusion.