2 Months On, No Hate Crime Charges In Attack On US Sikh Man: Rights Body

The Sikh Coalition said that nearly two months after the attack on Mr Singh, authorities have yet to guarantee that hate crime charges will be brought against the assailant. 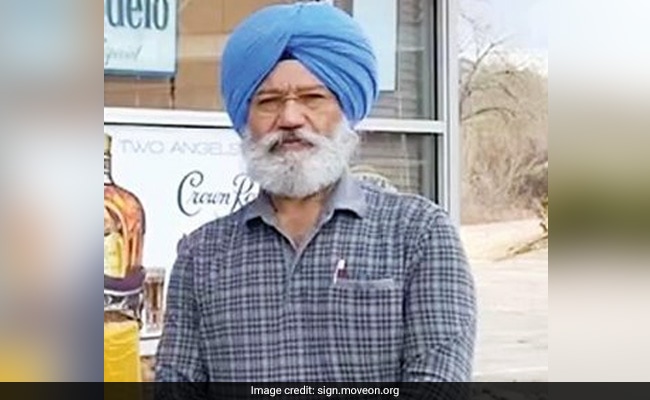 Lakhwant Singh was brutally attacked at the store he owns with his wife in April.

A Sikh-American liquor store owner in Colorado was brutally attacked by a white man who told him "go back to your country", prompting Sikh civil-rights organisation to call for formal hate crime charges against the assailant.

Lakhwant Singh was brutally attacked at the store he owns with his wife in April when Eric Breemen entered the store and began harassing the couple, the Sikh Coalition said.

Breemen damaged numerous items and repeatedly told the couple to "go back to your country."

When Breemen left the store, Mr Singh followed him outside to take a photo of his license plate so that he could report the abuse but Breemen struck Mr Singh with his vehicle, throwing him several feet across the parking lot, causing multiple injuries.

Following his arrest, Breemen told police that he had attacked an "Arab" man. Breemen's preliminary hearing date is scheduled for July 24 at which time charges will officially be brought, the civil-rights organisation said.

"After repeatedly telling my wife and me to 'go back to our country,'' my attacker violently rammed his car into me," Mr Singh said in a statement released by the Sikh Coalition.

"He thought I was different, and because of that, believed it was okay to try and kill me. But this community is my home, and that's why I'm asking the authorities to show they will not stand for such bigotry by filing formal hate crime charges."

The Sikh Coalition said that nearly two months after the attack on Mr Singh, authorities have yet to guarantee that hate crime charges will be brought against the accused.

"The facts of this case are clear, and the failure to file hate crime charges endangers the safety of every Sikh community member in Colorado," said Amrith Kaur, Sikh Coalition Legal Director.

"No one deserves to be targeted by hate," Kaur said, adding that the group has asked the Jefferson County District Attorney''s Office to bring forth formal hate crime charges against the defendant immediately, in addition to all other applicable charges.

Last week, during a meeting with the Jefferson County District Attorney's Office, authorities made no guarantee to the Sikh Coalition's legal team indicating they plan to prosecute this case as a hate crime, the group said.

In response, the Sikh Coalition is launching a national call to action urging District Attorney Peter Weir to protect Sikhs and other minority communities from bigotry, hate, and violence by acknowledging the bias motivator factors behind the attack.

The Sikh Coalition said that Sikh Americans remain hundreds of times more likely to experience bigotry, bias, and backlash than their fellow Americans.