Giant Iceberg Drifting Close To Village In Greenland May Cause Tsunami

The village with about 170 inhabitants has had a danger zone declared near the coast and people have been moved further up a steep slope. 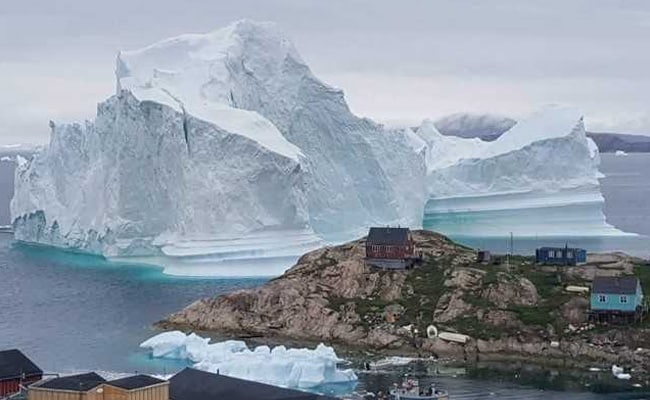 The iceberg has grounded near the village coast and hasn't moved so far. (Reuters)

An iceberg the size of a hill has drifted close to a tiny village on the western coast of Greenland, causing fear that it could swamp the settlement with a tsunami if it calves.

The iceberg towers over houses on a promontory in the village of Innaarsuit but it is grounded and has not moved overnight, state broadcaster KNR reported.

A danger zone close to the coast has been evacuated and people have been moved further up a steep slope where the settlement lies, a Greenland police spokesman told Reuters.

"We can feel the concern among the residents. We are used to big icebergs, but we haven't seen such a big one before," Susanna Eliassen, a member of the village council in Innaarsuit, told KNR.

The government and police are on high alert and have moved a search-and-rescue (SAR) helicopter closer to the remote village with about 170 inhabitants.