Hong Kong Airlines To Lay Off 400 Staff, Asks Them To Take Unpaid Leave

Hong Kong Airlines said in a statement that strict entry and quarantine measures imposed by countries around the world have further impacted travel demand in the city and the firm had to take "vigorous measures" to mitigate the challenges. 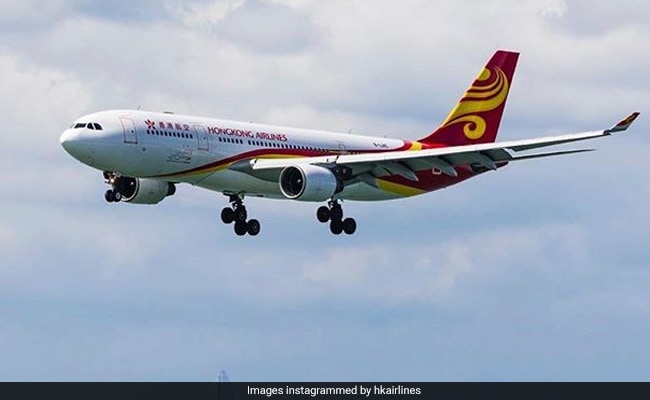 Hong Kong Airlines said in a statement that strict entry and quarantine measures imposed by countries.

Hong Kong Airlines said Friday it has been forced to slash hundreds of jobs and ask remaining staff to take unpaid leave as the coronavirus outbreak compounds problems at the already-struggling firm.

The announcement by the city's number two carrier comes days after Cathay Pacific said it had asked all its 27,000 workforce to take three weeks leave without salary between March and June because of collapsing demand caused by the health crisis.

The virus, which has infected 24 people, one of whom died, comes just as the city was struggling to recover from months of sometimes violent protests that battered the economy and gutted the key tourism sector.

Hong Kong Airlines said in a statement that strict entry and quarantine measures imposed by countries around the world have further impacted travel demand in the city and the firm had to take "vigorous measures" to mitigate the challenges.

The company said it will lay off 400 employees, with the remainder asked to take a minimum of two weeks no-pay leave per month or work three days a week from February 17 until the end of June.

"There has never been a more challenging time in Hong Kong Airlines' history as of now," the company said in an email statement to AFP.

"As uncertainty looms with the evolving nature of this global issue, weak travel demand will likely continue into the summer season and we need to take further action to stay afloat."

The airline is owned by struggling Chinese conglomerate HNA Group, which has been looking to lower its debt burden.

In November it announced it would delay salary payments to some staff as it struggled to find cash, triggering a warning from regulators that its licence might be at risk. While it managed to keep flying thanks to an injection of funds, it continues to struggle.

The coronavirus, which was first detected in the central Chinese city of Wuhan late last year, spread over the Lunar New Year holiday and has now killed more than 600 people in the country, with at least 31,000 infected.

The crisis has seen a number of governments around the world and in Asia block flights to and from Hong Kong, including popular destinations Taiwan and the Philippines.

(Except for the headline, this story has not been edited by NDTV staff and is published from a syndicated feed.)
Comments
Hong Kong Airlinescoronavirus