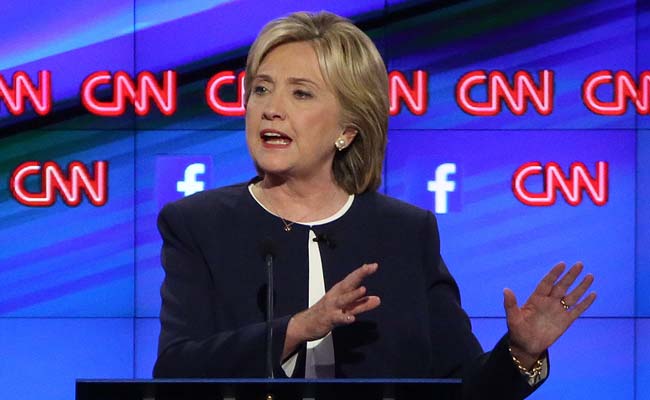 Asked by moderators, the former secretary of state said "the spread of nuclear weapons" and "nuclear material that can fall into the wrong hands" was the biggest security threat facing the country.

Clinton's response echoes the fears of former officials from consecutive administrations Republican and Democrat that fissile material could fall into the hands of extremists or hardline regimes.

Her four competitors for the Democratic nomination offered a range of answers on the topic of national security, that reflected renewed unease about international tumult in the Middle East and beyond.

Bernie Sanders, champion of the left and Clinton's closest rival in the polls, identified climate change as the biggest threat.

"The scientific community is telling us, if we do not address the climate change, transform our energy system away from fossil fuel, the planet we'll be leaving our kids and our grandchildren may well not be habitable."

Ex-senator and Marine Jim Webb also raised problems in US relations with China.

"The greatest strategic threat that we have right now is resolving our relationship with China," he said. "Our greatest day-to-day threat is cyber warfare against this country."