Hubert Cecil Booth was born in Gloucester, England in 1871. He was a civil engineer by profession 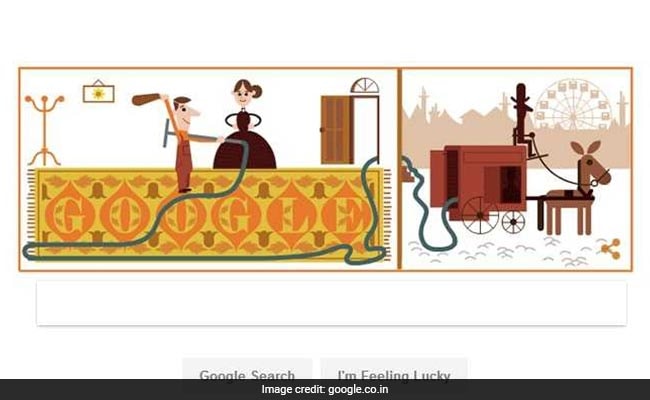 Google Doodle has honoured English engineer Hubert Cecil Booth, the inventor of vacuum cleaner, on his 147th birthday. The animated doodle remembered the inventor for his inventions -  vacuum cleaner and ferris wheel. Hubert Cecil Booth was born in Gloucester, England in 1871. After getting his education at Gloucester College and Gloucester Country School, he entered the Central Technical College in London after clearing the entrance examination.

He joined Maudslay Sons & Field, Lambeth, London as a civil engineer. He designed bridges and engines for battleships. He also designed large ferris wheels for amusement parks in London, Paris and Vienna.

Mr Booth is credited with inventing the first powered vacuum cleaner. Before his invention, the cleaners would blow the dirt away. But Mr Booth's cleaner sucked the dirt, which proved a more efficient way of cleaning.

Hubert Cecil Booth got the inspiration to invent the vacuum cleaner after watching a demonstration of an American device.

"After seeing a demonstration of the "pneumatic carpet renovator" blowing dirt out of railway cars, Booth tried an experiment. Laying his handkerchief on a restaurant chair, he put his mouth on the table cloth and sucked air through it. Inspired by the results he set to work on his first design-nicknamed "Puffing Billy"-which was powered by an engine so big it had to be pulled around by horses and parked outside the house to be cleaned," a Google release read.